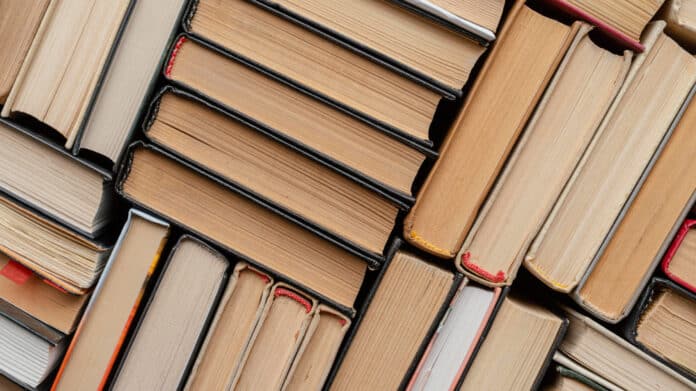 Australia is often perceived as a sleepy country where not much happens. However, the ugly history of how (so-called) Australia became Australia is enough to feed generations of crime writers. From the Stolen Generation to mysterious disappearances in the infamous bushland or desert plains, dark material isn’t in short supply. The island’s harsh climate and landscape lend themselves to eerie, haunting stories of crime and mystery, with settings often acting as characters. Here are seven of the best haunting novels from Australian writers.

All Our Shimmering Skies by Trent Dalton

Molly Hook is the daughter of a gravedigger and the niece of his abusive brother. Set in 1942 Darwin, Japanese airforce attacks drive Molly away from her home and in search of the mysterious Longcoat Bob, who she believes cursed her family. She’s accompanied by Greta Maze, an actress, and Yukio, a Japanese fighter pilot. Along the way, this unlikely trio encounters many diverse characters and learns more about themselves than they thought would be possible.

This follow-up to Dalton’s successful debut, Boy Swallows Universe, is just as beautifully written. The language is as much a part of the story as the plot and the characters. Similarly, the natural landscape and the skies above Molly seem to actively engage in the plot.

The Dry by Jane Harper

The Dry recently premiered on the big screen, topping Australia’s box office for two consecutive weeks. Jane Harper’s novel is the first of the Aaron Falk series, which so far consists of two books. Aaron returns to his hometown of Kiewarra years after a series of life-changing events took place there in his youth. Now a Federal Police investigator, he returns for the funeral of his childhood best friend, Luke.

Luke has been accused of murdering his wife and children, then killing himself, but Aaron isn’t convinced this is true. Faced with his troubled past, Aaron finds the townsfolk shunning him upon his return, which makes his investigations rife with tension. As Aaron traipses the eerie dry plains of Kiewarra’s farming district, he gets closer to the truth of what happened to Luke’s family and more about his own past comes to light.

The Yellow House by Emily O’Grady

Winner of the 2018 Vogel Prize, The Yellow House is a story of redemption, loyalty, and  betrayal. Ten-year-old Cub lives with her family – including her twin brother, Wally – on an isolated property near an abandoned knackery. They also live next door to a yellow house that belonged to Cub’s grandfather, Les. Les was a vicious criminal who lives on through the poor reputation he’s given Cub’s family, as well as the haunting surroundings.

Cast out by the other town residents, Cub always feels like an unimportant outsider. when her cousin and aunt move into the yellow house and begin to discover the family’s dark secrets, Cub is also exposed to the terrible history her parents have tried to hard to hide from her. The child-like voice of the story’s narrator juxtaposes the horrors of Les’s crimes and the eeriness of the nearby knackery – not to mention the yellow house – in an unsettling way.

The Natural Way of Things by Charlotte Wood

This story takes place on a deserted facility that claims to be a rehabilitation center for women but is really a prison manned by violent guards. The two women at the center of this story wake with no memory of how they got to this property in the middle of the desert – or any memory at all, for that matter. Eight other women are in the same situation, but they have yet to discover what they all have in common.

Soon, they learn that they have all been part of a public sex scandal with a man in power. With this new knowledge, it seems that the hunted are now the hunters, and their jailers may be the jailed. The novel’s clever exploration of modern corporate control and misogyny won Charlotte Wood the prestigious 2016 Stella Prize.

Published in 1995, Sleeping Dogs plays with the idea of letting sleeping dogs lie. In the book, the Willow family owns and lives in a dilapidated carvan park. The nature of their surroundings is reflected in the family’s dysfunctional dynamic; they’re depressed, violent, and totally isolated from the outside world.

One day, an artist named Bow Fox comes to stay at the park and seems intent on uncovering the family’s secrets. Desperate to remain hidden in the shadows, the Willows slowly spiral into madness. The high-stakes climax of the novel is shocking and satisfying, leaving readers with much to think about.

The Aunt’s Story by Patrick White

From Nobel Prize-winner Patrick White, his third novel is a complex and intricately written story of a woman’s grief. Theodora Goodman is a middle-aged woman who leaves Australia after her mother’s death. Traveling to France and America, Theodora reflects on her life and conjures entire worlds around her. Rejected by critics upon its publication in 1948, the story examines sanity and reality in a nuanced and almost obscure sort of way.

The Drover’s Wife by Henry Lawson

This classic Australian short story is set in the isolated outback, where a woman and her children are left alone for long periods of time while her husband is away with his sheep. The story depicts this woman’s struggle against the natural environment around her, which is a common theme in all of the books listed above. The Drover’s Wife was initially published in 1892 and became one of Henry Lawson’s most-read and re-printed works. Since its first publication, the story has been recreated in several mediums and influenced key Australian artworks.