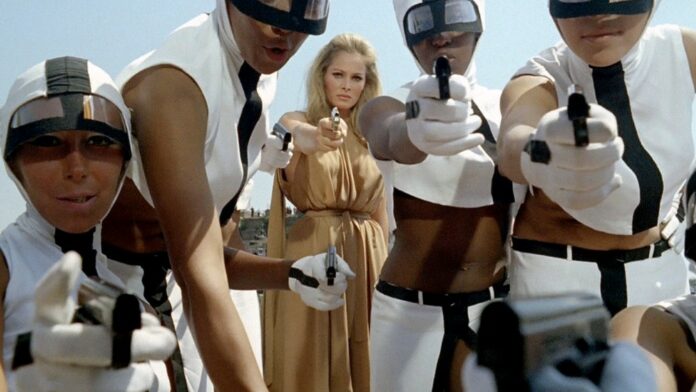 MUBI, the streaming service behind some of the most exciting cinema, unveiled their film schedule for the month of July. The list includes Radiane, The Unseen River, and The 10th Victim starring Ursula Andress, Marcello Mastroianni, and Salvo Randone.

The MUBI Spotlights this month feature Christian Petzold’s Undine (2020) and Pedro Almodóvar’s The Human Voice (2020), both fresh off their UK cinema releases.

This is the current list of films on MUBI in July 2021.