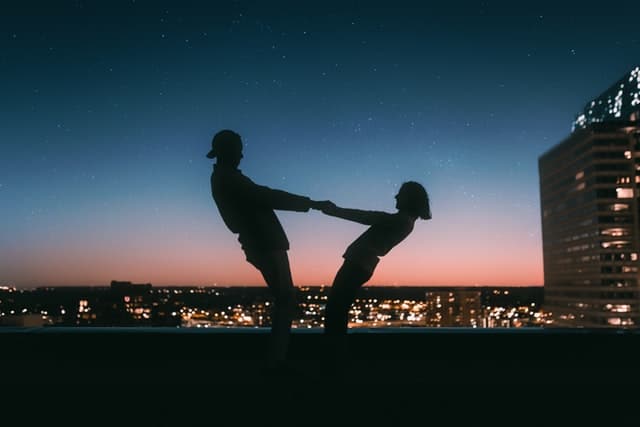 The modern dating culture is interesting to behold. The public perception of online dating has shifted from almost a tongue-in-cheek means to end up in trouble to a true means of finding love. Unfortunately, films don’t often reflect this truth and instead opt to treat the concept of online dating quite poorly. We’re going to take a look at how this transformation took place over time, as evidenced by some of our favorite films.

The modern form of online dating is criticized as being too simplistic and hedonistic in this film. A group of college students develops a potent hookup app to allow students to have a one-night stand. The people on the dating service enjoy anonymity but also face limitations due to their school having a small population of people from which to choose. This outcome is contrary to what happens in real life, as evidenced by Steamylocals, a dating service that connects local people for dates. The short-term relationships developed on this site occur without much in the way of identifying information, just as people like. The major difference is that users can control the search area in which they look for matches instead of being kept to a single school campus.

If we go a little farther back in time, then you will discover films like Eurotrip that take on the concept of online dating. Unlike other uplifting romance films of the time, Eurotrip does not necessarily treat online dating fairly. In this story, a young man meets a woman online from Germany. Through a series of miscommunications and mistranslations, the young man decides to cut her out of his life because he thinks she is an online predator. Of course, the truth is revealed, and the man decides to go remedy this mistake and be with the woman he loves. The unfortunate part is that this movie made online dating seem unlikeable at first. It wasn’t until the young man discovers that he is actually talking to an educated, beautiful woman that online dating is seen as a beneficial way to meet people. Many people probably missed that message along the way.

One of the earliest movies that took on the topic of online dating was You’ve Got Mail. This delightful love film brought Tom Hanks and Meg Ryan together again. This film explores the anonymity of online dating and the impact that it can have on people that might not appear to get along at first glance. Two people that can’t stand each other in real life benefit from having the everyday challenges of their lives stripped away to allow them to fall in love online. Eventually, they are able to reconcile the two aspects of their life, and they decide that they would be a great couple together. As we’ve mentioned before, local dating services are very helpful in connecting people from a similar area. Still, the chances of two people who hate each other connecting on one of those sites are bound to be one in a million.

Online dating has not always gotten a fair evaluation in films, and these three movies show different takes on online dating. Sometimes it’s viewed as a sweet means to connect people, but it’s portrayed inaccurately. The true online dating experience often caters to the unique needs of various people through specific dating outcomes, cultural approaches, and much more. Individuals seeking online dating experiences are bound to find something that appeals to them by honestly thinking about what they expect and need from a dating site and then finding the one that works best for them.