Japanese Breakfast has released ‘Glider’, the lead single from her upcoming soundtrack for the open-world video game Sable. Sable (Original Soundtrack), a 32-track collection featuring instrumental and vocal music written by Japanese Breakfast’s Michelle Zauner, is out September 24, a day after the game’s release. Earlier this year, Zauner performed ‘Glider’ at the Summer Game Fest livestream. Listen to the studio version below.

“I was so lucky Daniel Fineberg and Gregorios Kythreotis from Shedworks invited me onto this game so early on,” Zauner said in a press release. “I was immediately captivated by the world they’d built, a desert planet filled with mysterious natural and architectural wonders, and the story they’d imagined, one of a young girl coming of age through exploration. It was important to me that each biome in this world felt unique. I used woodwinds and vocal layering to make monumental ruins feel ancient and unknown, industrial samples and soft synths to make atomic ships feel cold and metallic, classical guitar and bright piano to make encampments feel cozy and familiar. I wanted the main themes to recall iconic works of Joe Hisaishi and Alan Menken, to fill the listener with the childlike wonder of someone on the precipice of a grand discovery.” 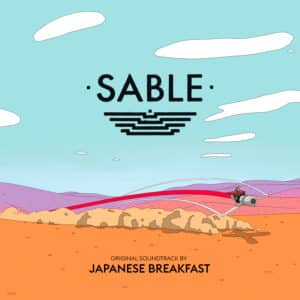