Emma Ruth Rundle has announced her new album Engine of Hell with a video for the lead single ‘Return’. The LP is out November 5 via Sargent House. Check out the self-directed visual for ‘Return’ below.

“Here are some very personal songs; here are my memories; here is me teetering on the very edge of sanity dipping my toe into the outer reaches of space and I’m taking you with me and it’s very f****d up and imperfect,” Rundle said of the new album in a press release, adding, “For me this album is the end of an era to the end of a decade of making records. Things DO have to change and have changed for me since I finished recording it.”

Discussing her new single and video, she stated:

An examination of the existential. A fractured poem. Trying to quantify what something is definitely about or pontificating on it’s concrete meaning defeats the purpose of art making. I’m not a writer. I make music and images to express things that my words cannot convey or emote. I’ve been studying ballet and the practice of expression through movement, which I incorporated into the video. I choreographed a dance to the song – some of which you see. Pieces show through. Since completing ‘Engine of Hell’, I’ve stepped away from music more and more and into things like dance, painting and working on ideas for videos or little films. ‘Return’ is the result of the efforts.

Last year, Emma Ruth Rundle released a collaborative album with Thou, May Our Chambers Be Full, followed by an EP in January. She’s also set to appear on Marissa Nadler’s forthcoming album. 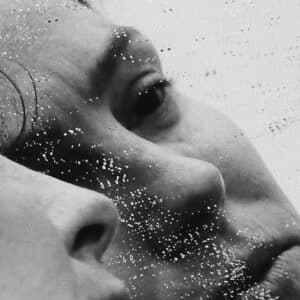