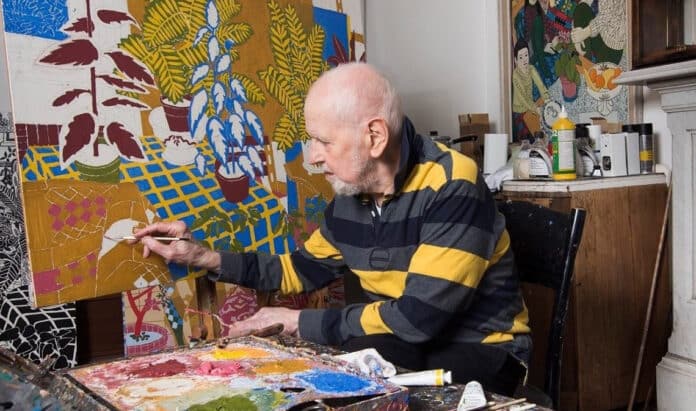 The artist Norman Gilbert was born in Trinidad in 1926 to Scottish parents. As a student at the Glasgow School of Art, Norman laid the foundations for his painting style, one that he developed and evolved until his death at the age of ninety-three in 2019.

Only within the last few years of his life, Gilbert achieved market success and wide recognition for his artistic achievements, partly thanks to a BBC viral video on his work published in 2018. From youth to old age, he painted images of his kin throughout their lives. He documented his wife Pat for six decades, including in a series of intimate sketches he created by his dying wife’s bedside after she suffered a stroke in 2016. Gilbert’s art has gained even more interest after he passed away two years ago.

Gilbert’s artwork is selling on platforms such as Artsy including his 2000 painting Stephanie and his 1999 work Puppeteer B&W which was exhibited at the Arusha Gallery this year. Other pieces were displayed at the Tatha Gallery in Fife, Scotland.