Nils Frahm has announced a new double album titled Old Friends New Friends. It’s set for release on December 3 via Leiter, the label he formed with his manager, Felix Grimm. Hear the new single ‘All Numbers End’ below, and scroll down for the LP’s cover art and tracklist.

Old Friends New Friends is a collection of 23 solo piano tracks recorded between 2009 and 2021, which Frahm pieced together during the pandemic. According to Frahm, it offers “an anatomy of all my ways of thinking musically and playing” as well as “a different spectrum of freedom for me.” He continued:

I forgot that some tracks are ten years old, some two, and they’re all played on different pianos. Instead I remembered how, as a fan, I love albums like this. With a lot of my records there’s a point where you feel, ‘This is the centrepiece,’ but here I wasn’t really worrying about that. It still feels like my universe, though, and I’m proud that all these things which I never found a way to unite before now work together. It’s like I tossed flowers indiscriminately into a vase and then realised it looked exactly right.

Nils Frahm’s last release was a collaborative album with F.S. Blumm, 2X1=4, which came out in September. 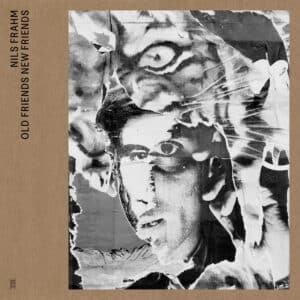