F.S. Blumm and Nils Frahm have announced a new collaborative LP. It’s called 2X1=4 and it arrives on September 3 via Leiter, the new label formed by Frahm and his manager, Felix Grimm. Today’s announcement comes with the release of a new song, ‘Desert Mule’, alongside an accompanying video. Check it out below.

2X1=4 marks F.S. Blumm and Nils Frahm’s fourth collaborative record, following 2010’s Music For Lovers Music Versus Time, 2013’s Music For Wobbling Music Versus Gravity, and 2016’s Tag Eins Tag Zwei. “We had a certain sound in the back of our heads,” Blumm explained in a press release, “which was influenced by these 80s rhythm machines, and we suddenly discovered a common love for dub.” Frahm added, “None of this is too serious. The record is only as much of a dub record as the ones before are jazz records…” 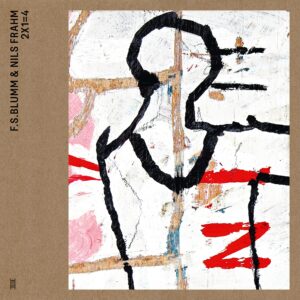