A Place to Bury Strangers Announce New Album ‘See Through You’, Share Video for New Single

A Place to Bury Strangers have announced their sixth album. See Through You arrives on February 4, 2022, via founding member Oliver Ackermann’s label, Dedstrange. The first single from the LP, ‘Let’s See Each Other’, is out today alongside an accompanying video directed by David Pelletier. Check it out and find the album’s cover artwork and tracklist below.

Earlier this year, A Place to Bury Strangers released the Hologram EP, their first release with the new line-up featuring Ceremony East Coast’s John Fedowitz on bass and Sandra Fedowitz on drums. The band’s last studio LP, Pinned, arrived in 2018.

See Through You Cover Artwork: 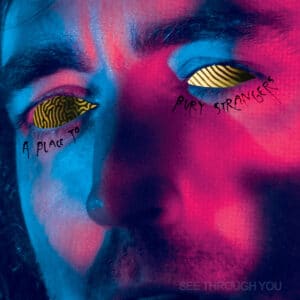 See Through You Tracklist: