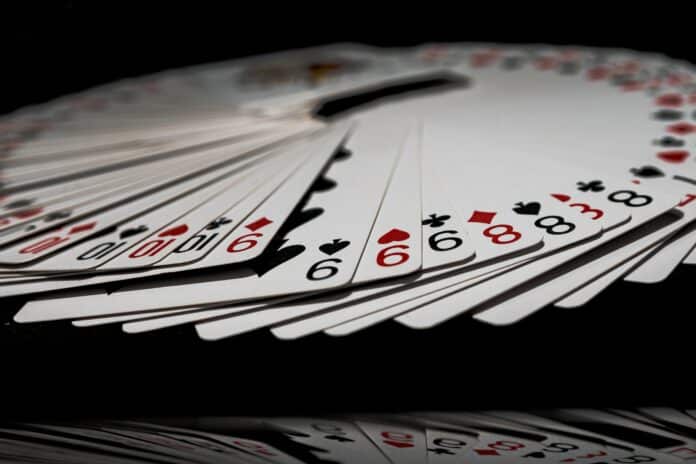 People don’t usually notice how gambling and art share a very distinct connection. Whether it’s a writer who takes gambling as a metaphor for life, a filmmaker who shows artistic preferences from casinos to every scene, or even visual artists who drive inspiration from casino games for their masterpieces – these things only prove that gambling may have also penetrated the creative minds of the artistic community.

When you go to casinos, try to look around and take notice of the displays. While it’s already given that most casinos really have a grandiose aura in them making gamblers comfortable to play, such as the chandelier and state-of-the-art interior, what makes it more beautiful are the paintings that are prominent in every corner of every gambling complex.

Maybe that’s among the many reasons why traditional visual artists also love to create art pieces with casino settings or games.

Here, we collected some of the most popular artworks depicting gambling:

Perhaps the most popular is the 1984 Dogs Playing Poker by the American artist Cassius Marcellus Coolidge.

The Dogs Playing Poker shows Coolidge’s signature art style, depicting gambling anthropomorphic dogs or doing other human activities. Some people may raise a brow about his paintings and may see it as meaningless or shallow kitsch, but it actually speaks of a beautiful allegory about human life.

You might wonder if you see different versions if you look it up because it’s a series of 18 paintings in total. It refers collectively to a painting from 1984, a series of 16 paintings commissioned by Brown & Bigelow in 1903 to advertise cigars, and the artist’s 1910 painting.

The Cardsharps is among the most popular and the best-preserved works by the Italian Baroque artist Michelangelo Merisi da Caravaggio.

This painting is among the most celebrated and fine examples of the baroque genre, depicting a street life situation portrayed elegantly and realistically. The painting shows a young cardsharp (the one who cheats a card game to win) reaching for cards hidden underneath his belt and an older cardsharp looking at the victim’s card to signal his partner in crime. The dynamic composition of the painting simply made it exemplary, adding up the significant artistic feature of different human emotions, such as innocence, fear, and anger.

The masterpiece represents a significant milestone for Caravaggio as he painted it when he decided to have an independent career after he left the Cavaliere Giuseppe Cesari d’Arpino, where he painted for.

While Caravaggio may have painted different versions of the Cardsharps, the one acquired by the Kimbell Art Museum in 1987 was generally believed to be the original painting.

At the Roulette Table

At the Roulette Table is a painting by the Norwegian Expressionist artist Edvard Munch, who is popular for his 1893 painting The Scream.

Munch painted At the Roulette Table after visiting the Casino Monte Carlo during his visit at Niece, in southern France. He was inspired by the setting to paint the masterpiece as a recollection of the memories and the feelings he had while inside the casino.

He also took it as a way to experiment with different art styles including Degas, Gauguin, van Gogh, and as well as his own.

Argument Over a Card Game

The artist powerfully conveyed a range of emotions through this artwork, although it’s more of negative emotions peaking, such as the outrage and anger summoned probably by losing the game or cheating – which are common arguments, especially for informal gambling settings.

The Card Players is a celebrated painting series by the artist Paul Cézanne. Each painting from this series may be generally similar but they come in different sizes.

Cézanne’s painting series depicts ordinary people’s everyday moments. However, the most popular is the one that shows two men playing cards at a bar table, which may be a reflection of French society’s everyday life of which Cézanne is famous.

The Card Players painting essentially shows Cézanne’s approach to art or his style.

That makes the list of some of the most popular works of art depicting gambling. These beautiful creations do not just show the extraordinary talents of the artists, they also prove how gambling can stir the minds of creative people by translating gambling situations into a beautiful display of human emotions, expressions, and other things.

These paintings aren’t just popular among the gambling population but certainly among art lovers and the general public around the world.