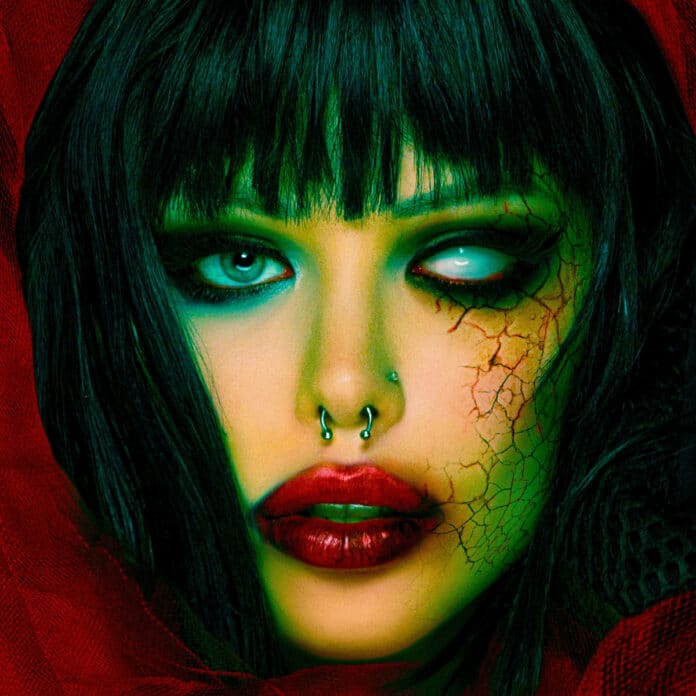 Alice Glass uses her solo debut as a means of exorcising trauma. That much is evident even if you haven’t followed her story since she left the electronic punk duo Crystal Castles in 2014; three years later, the Canadian artist born Margaret Osborn issued a statement detailing prolonged sexual, physical, and mental abuse at the hands of her former bandmate Ethan Kath, who has consistently denied the allegations. On her long-awaited full-length, PREY//IV, she relays her experience through bleak lyrics, piercing synths, and harsh noise, all contained within a claustrophobic world of fantasy and violence that pulses towards some form of cathartic release. Whether that is even a real possibility is left unclear, but it’s a framework that allows Glass to be in full control within the boundaries that she has set – as chilling and difficult of a listen as it is, the album also serves as a triumphant display of resilience.

As early as on her first solo releases, Glass was not afraid to communicate the pain she has endured through her music. “Now I know this, you don’t own me anymore,” she sang on the 2015 track ‘Stillbirth’, “I want to start again.” On 2017’s eponymous EP, she grappled with the lingering effects of an abusive relationship while leaving more room for her vocals, and she adopts a similar approach on this album. Continuing her collaboration with Jupiter Keyes, formerly of the noise rock outfit HEALTH, the songs blur the line between aggression and vulnerability as much as they do fantasy and reality, anchoring in abrasive electronics but infusing them with softer, murkier tones to match the versatility of Glass’ performances. Rather than offering hope by opening a new chapter, PREY//IV finds strength in reclaiming her narrative and making it inseparable from the ongoing process of healing. The Roman numeral in the title is a deliberate reference to Crystal Castles’ trilogy of albums, just one way in which she seeks to regain the artistic ownership that she was denied.

Sonically, she conjures a glitched-up, fast-paced sound that’s reminiscent of her former band but distinct enough to feel like it’s evolved from, not haunted by, her past projects. Most obviously, her presence is no longer buried in a cloud of distortion, which makes the horrific nature of her imagery all the more visceral; when she does manipulate her voice, it’s to her advantage. “I’ll cut your tongue out your mouth/ And wear your fingers,” she begins almost cartoonishly on ‘Suffer and Swallow’ before her voice rises to a scream. There are eerie details like the music box sample ‘Everybody Else’ or the wild animal noises that introduce ‘The Hunted’ and ‘Animosity’, but the effect is overall is less haunting than downright menacing. At the same time, Glass juxtaposes this oppressive mood with the kind of explosive rave music that’s almost akin to hyperpop (a genre that owes a lot to her), delivering it with a gothic twist on tracks like ‘Baby Teeth’ and ‘Love Is Violence’.

But the subversive energy of PREY//IV is most deeply felt in its lyrics, which often find Glass embodying the role of the abuser in an attempt to expose and reverse the power dynamics of the relationship. She reveals her greatest tactic on the blistering highlight ‘The Hunted’, where she declares, “Watch the hunter be the hunted!” Elsewhere, she uses her abuser’s words against them simply by reciting them in a cold, affectless tone: “Don’t talk to your friends/ Don’t talk to your family/ Don’t tell anyone/ You’re not worth believing,” she sings on ‘Pinned Beneath Limbs’. On ‘Fair Game’, her voice is so clear in the mix it almost sounds detached from the accompanying instrumental, which only makes her plainly stated words more unsettling: “I know you don’t know this but you’re a cliché/ You screw up everything.” But when she shouts “Where would you be without me?” on the chorus, it sounds less like she’s repeating a question once directed at her than one she’s throwing at him – not then, but now.

Even at its darkest, there’s a shadowy warmth permeating the album. ‘I Trusted You’, which Glass called one of her “most depressing songs” upon its release in 2018, makes perfect sense as the record’s penultimate track: her voice betrays a sense of exhaustion that’s both mirrored and softened by the wave of wispy synths that envelop it. It’s a devastating moment of raw introspection that sometimes feels like it’s missing from the rest of the album, which is forceful and unpredictable at every turn but can sometimes lack balance. As startling and ambiguous her music can be, though, it no longer can be described as enigmatic. PREY//IV is a brutally honest document of recovery that oscillates between hope and despair, but one thing you never doubt is its humanity.

Album Review: Alice Glass, 'PREY//IV'Alice Glass uses her solo debut as a means of exorcising trauma. That much is evident even if you haven’t followed her story since she left the electronic punk duo Crystal Castles in 2014; three years later, the Canadian artist born Margaret Osborn issued...