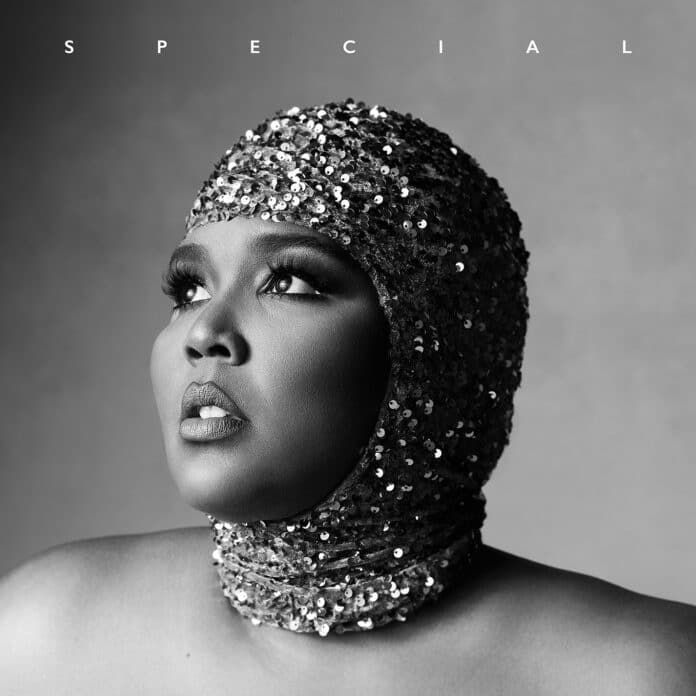 You can’t take the concept of healing too seriously. I get it: How many times can you be told to just breathe before you’re reminded that the world around you is crumbling? The whole journey can sometimes feel as strange and funny as it is vital. At the very beginning of her new album Special, Lizzo announces her return by informing us that she’s been spending her time in quarantine “twerkin’ and makin’ smoothies.” (She’s also claimed she wrote 170 songs before narrowing them down to the 12 that make up this collection). It’s a somewhat playful start to an album that never really switches course, showing absolutely no cracks in its veneer of self-confidence and positivity, which are often paired with an obnoxious dose of cheeky humour. For an album so firmly committed to being life-affirming all the way through, though, it’s disappointing to hear just how cloying and uninspired a lot of the music on it sounds. Healing can be fun, sure – but it doesn’t have to be quite so lifeless.

It’s not like Lizzo hasn’t pulled off this kind of thing before. 2019’s Cuz I Love You was not only a pivotal moment in the singer’s career, but a remarkable pop album that managed to be dynamic and emotionally resonant without losing its mainstream appeal. That record was relentless in its approach to advocating a lot of the same values that Special does, to the point where it risked sounding complacent and awkward, but the songwriting was infectious and her personality unique enough to make it stand out. Those qualities aren’t absent here, but even the catchiness doesn’t always work in her favour. The most insufferable chorus on the album, on ‘Birthday Girl’ – as in, “Is it your birthday, girl?/ ‘Cause you lookin’ like a present” – could have simply been a bad moment on a record of uplifting anthems, but the unabashed joy that songs like ‘I Love You Bitch’ and ‘Special’ radiate isn’t enough to compensate for the lackluster writing. Lizzo’s charismatic presence generally prevents it from sounding completely generic, and you might even find a line like “It would be a shame not to see this through/ Who gonna put up with your Gemini shit like I do?” pretty hilarious… until she chuckles at her own joke.

As sincere and necessary as they may be, the sentiments that Special homes in on come off as incredibly overwrought and on-the-nose, a trap that Lizzo avoided on Cuz I Love You. The closing track, ‘Coldplay’, is an all-too-literal description of crying to the titular band during a trip in Tulum that even interpolates their song ‘Yellow’ (while also sampling a track by Quelle Chris & Chris Keys), but nothing that has come before is enough to support its emotional significance and self-aware sentimentality. If that’s a song that works better than it should in theory, ‘Grrrls’ is kind of the opposite: a clever idea – twisting Beastie Boys’ 1987 track ‘Girls’ into an expression of female solidarity – that falls flat in execution.

What Special lacks isn’t conviction but one of its predecessor’s defining characteristics: vulnerability. ‘Naked’ comes close lyrically and is aided by a strong performance from Lizzo, but the dramatic presentation doesn’t do it justice. The album is most compelling when it leans towards nu-disco: lead single ‘About Damn Time’ is just as satisfying and vibrant in the context of the album, but it’s the lush and extravagant ‘2 Be Loved (Am I Ready)’, one of the tracks benefitting from Max Martin’s production, that steals the show. Despite a few stylistic variations, though, what bogs Special down is the giddy uniformity of its message, and it doesn’t take long before it becomes cumbersome rather than empowering. It’s an unfortunate misstep from an artist who can do a far better job of dancing her way to healing.

Album Review: Lizzo, 'Special'You can't take the concept of healing too seriously. I get it: How many times can you be told to just breathe before you're reminded that the world around you is crumbling? The whole journey can sometimes feel as strange and funny as it is...