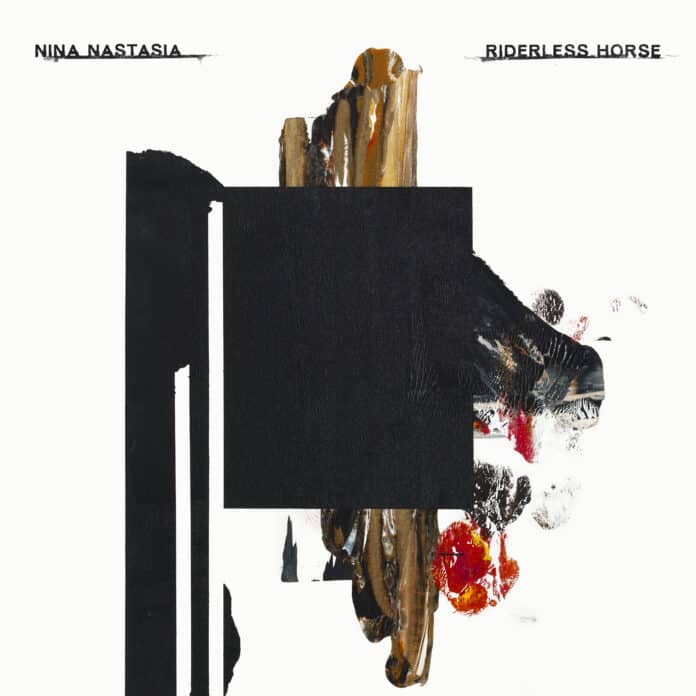 Nina Nastasia and Kennan Gudjonsson started living together in a small New York apartment in 1995. They barely knew each other, but Gudjonsson soon became her close musical collaborator and manager as well as her partner. The place was already in decay. “It was as if black mould was growing beneath the surface, undetected, and the two of us were dying and getting too weak to ever leave,” she said in a statement accompanying the announcement of her new album. She could be referring to the literal state of their longtime home, but the metaphor clearly also applies to the “tragically dysfunctional” nature of their relationship. The psychological abuse led Nastasia to stop making music after the release of 2010’s Outlaster, her most ambitious and lushly orchestrated record to date. On January 26, 2020, she finally left their one-room apartment. He died by suicide the next day.

Riderless Horse finds the 56-year-old singer-songwriter documenting profound feelings of grief, sadness, and guilt; she has said the process was like “vomiting out” songs. Its skeletal production and harrowingly stark emotionality will inevitably draw comparisons to Mount Eerie’s A Crow Looked at Me, where the line between life and art in the wake of death was so thin that Phil Elverum himself called it “barely music.” Recorded with Steve Albini (who has worked on all of her albums) and composed of unadorned acoustic guitar and voice, Nastasia’s new album is instrumentally spare and lyrically raw, but it differs from Crow in both its narrative arc and mode of expression. It isn’t so much haunted by the intensity of a single emotion as the unbearable waves of a complicated past; one that contained terrible darkness and light in unknown measure, and from which a new, heightened awareness has already been born.

The only music you can compare Riderless Horse to is Nastasia’s own, which in the past was pervaded by a gothic, intimate moodiness that never gave away too much of the truth. Yet it feels so far removed from it that you can also understand why Nastasia has called it her first true solo album; as the first album Gudjonsson was not involved in producing, it is marked by a creative freedom that extends beyond instrumentation, into the lyrics and performance. The songs here are crushingly direct, laying out the details of her story without sacrificing the immense nuances of her prior work. They are lonely songs that track the weight of a certain memory, feeling, or even phrase, mirroring and magnifying their depth: she spells out the title of ‘You Were So Mad’ with knife-like precision, but can only quietly crawl into a question as heavy as, “How can I love you from now on?”

Nastasia is stubbornly, fearlessly curious about love and the many shapes it takes. Hear the way her voice climbs through each “I love you” on highlight ‘This Is Love’, only to fall back into resignation: “We’re closer to dying each day/ We’re trying so hard just to stop the decay.” Then, on the deceptively upbeat ‘Blind as Batsies’, the same words echo like a drunken confession that briefly stops the poison from spreading. Throughout these 12 songs, love is full of contradictions; endless hell and fleeting happiness. “You and I will always be this way/ Together and apart we’ll stay/ Love is loneliness, even the best will find this true,” she sings on ‘The Roundabout’, delivering what might be her most wrenching revelation.

Through it all, Nastasia weaves an intricate dance. She is careful with each step, not just wary of the power of language – which she uses resolutely and often inventively – but the ways it jumps off the page. Despite the pain that courses through the album, the strange, terrifying shadow that looms over it, she knows she’s doing the dance by herself, and often lands on a note of defiant introspection. “My take is this/ You were not with me,” she sings after blowing out a candle on ‘Whatever You Need to Believe’, “You just don’t exist/ As much as I want you with me.” If love is loneliness, then death, she acknowledges on ‘Afterwards’, brings with it the purest kind of aloneness. A ghost might sometimes drift through it, but listen to the words for which she draws the biggest breath, stretching out the possibilities. “Leave.” “I want to live/ I am ready to live.”

Album Review: Nina Nastasia, 'Riderless Horse'Nina Nastasia and Kennan Gudjonsson started living together in a small New York apartment in 1995. They barely knew each other, but Gudjonsson soon became her close musical collaborator and manager as well as her partner. The place was already in decay. “It was...