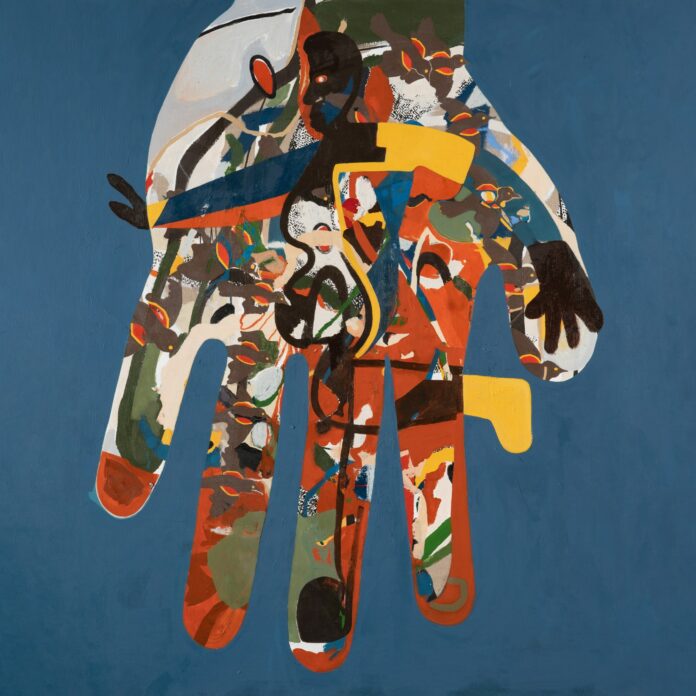 Hot Chip’s last album, 2019’s A Bath Full of Ecstasy, was dance music to sink into. Although it barely deviated from the Hot Chip formula, it proved a rewarding listen by reveling in a soothing, immersive palette cooked up with help from external producers Philippe Zdar and Rodaidh McDonald that mirrored its larger-than-life concerns as much as it sneakily concealed them. Now 18 years into their career, Hot Chip have developed a reputation for being more reliable than quirky, which explains why it’s easy to dismiss just how immense and adventurous that record sounded. But its premise was more straightforward than its hyperbolic title suggested: it didn’t offer transcendence so much as a joyful respite from the darkness of the world. It should be worrying, then, that on their newest album, Freakout/Release, lead vocalist Alexis Taylor – on an album written and recorded in a creative space literally called Relax & Enjoy that his bandmate Al Doyle put together during the pandemic – sings: “Music used to be an escape/ Now I can’t escape it.”

Whatever collective feelings of frustration and discontent fuelled these songs, it’s clear that the group found a way to, well, release them. It’s a different lyric from the title track that’s more indicative of the band’s approach this time around: “I need an escape and some primitive healing.” Driven by a greater spirit of improvisation, Freakout/Release sees the group allowing themselves to get a little bit wilder and messier, as evidenced by the rumbling vocoder vocals and techno punk groove on the Soulwax-produced song. It’s refreshing to hear Hot Chip leaning back into their ridiculous side, but comforting that they do so without abandoning their unique pop sensibilities. Interpolating The Universal Togetherness Band’s ‘More Than Enough’, opener ‘Down’ feels both raw and infectious, a sudden but effective introduction to an album that has more fun being playful and direct than emulating its predecessor’s focus on consistency and precision.

Like that album, though, Freakout/Release is at its best when it marries catchy melodies and colourful production with an undercurrent of melancholy. ‘Eleanor’, the clear standout here, is a sunny, timeless jam whose chorus features lines like, “Even if you believe that there’s nothing more/ I feel heaven knocking at our door.” But it’s the strange combination of purple lyrics (“You’re like a river that will never stop”) and absurd references (“You’re like Andre the Giant/ On his way to school”) in the bridge that renders it quintessentially, delightfully Hot Chip. The similarly down-tempo ‘Time’, meanwhile, mixes the existential with the dorky: “Searching for a place where we can end this endless day… With my buddies close behind me we will ride this fearsome wave.” ‘Hard to Be Funky’, which is more somber than either of those tracks, is so cheeky and sincere it’s a wonder it didn’t turn into a complete embarrassment. (“Ain’t it hard to be flexi/ When you feel kind of clunky/ And your heart’s made of plexi,” the singer laments, before getting all cosmic and throwing in a Sun Ra Arkestra reference.)

The majority of songs on Freakout/Release are actually ballads, which might seem like a confusing decision, but one that, for the most part, Hot Chip get away with. The genuine emotion fed into them is undeniable, and their delivery rarely seems forced; it’s hard not to be touched by the tender harmonies and enveloping synths on a song like ‘Not Alone’. But the results are sometimes mixed: despite a similarly heartfelt vocal lead, ‘Broken’ comes off as pleasant but uncharacteristically generic, and ‘Miss the Bliss’ has little to offer. Unfortunately, the album starts to run out of ideas in the second half, which tends to drown out some of the group’s eccentricities. They do, however, try something new on the outwardly political ‘The Evil That Men Do’, which simply but elegantly expresses the need for cultural atonement, even if Cadence Weapon’s guest appearance could have added more depth than it does. After all this time, they’re still longing for the same thing: “We need a break from this kind of heartreak,” Taylor sings on ‘Not Alone’, his voice fragile but holding on to hope; shining through the noise and all-consuming thoughts, the music is more than capable of providing it.

Album Review: Hot Chip, 'Freakout/Release'Hot Chip's last album, 2019's A Bath Full of Ecstasy, was dance music to sink into. Although it barely deviated from the Hot Chip formula, it proved a rewarding listen by reveling in a soothing, immersive palette cooked up with help from external producers Philippe...