Pink Siifu and Los Angeles producer Real Bad Man have announced a new collaborative album, Real Bad Flights, which drops on September 16. Along with the announcement, they’ve shared a new single called ‘Looking for Water’, which features Boldy James, who teamed up with Real Bad Man for 2020’s Real Bad Boldy and this year’s Killing Nothing. Check it out and find the album’s cover artwork and tracklist below.

In addition to Boldy James, Real Bad Fights features guest appearances from Armand Hammer, Kari Faux, and Chuck Strangers. “‘Looking for Water’ is just about somebody looking for a way out or a way to get what he need from tha morning to tha night, but from my perspective,” Siifu said in a statement to The FADER. “Risk and rewards and tha other bull shit that comes w tha day to day. Floatin but grinding at tha same time.”

“This was one of the first songs Siffu recorded for the project,” Real Bad Man commented. “He sent it back and it was just the first verse and chorus, and it faded out. I really wanted it to go on longer, it was fire. I had it looping on my speakers. At some point we talked and was like ‘I can hear Boldy on this track’, and Siffu was with it.” 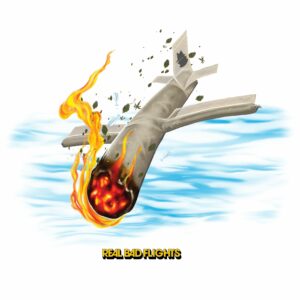