Album Review: Jockstrap, ‘I Love You Jennifer B’ 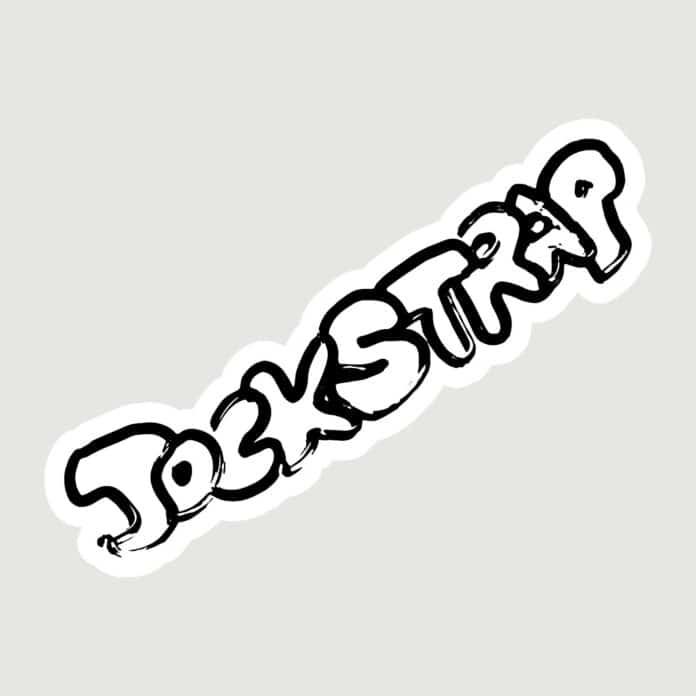 On I Love You Jennifer B, Jockstrap embrace the chaos of imagination. With the release of their debut EP, 2018’s Love Is the Key to the City, and its impressive follow-up, 2020’s Wicked City, the London duo of Georgia Ellery and Taylor Skye showcased their whimsical, genuinely innovative brand of art-pop, integrating a wide range of influences without coming off as overly referential or shallow. Theirs was deeply evocative music with a penchant for abstract surrealism and unexpected sonic shifts, and the shorter format seemed like the ideal fit for their exhaustive, at times disorienting approach. But on their first full-length, they smartly rein in their chaotic tendencies while still offering a uniquely dynamic experience, igniting a whole different kind of magic. If the Wicked City EP managed to be emotionally resonant while eschewing personal detail, I Love You Jennifer B is rooted in greater vulnerability without quite lifting the veil – if anything, its narrative thread is even more elusive and sheltered.

This time, Jockstrap seem more open to deconstructing not just any given palette, but their own process, building on the earthy, raw origins of a song idea before guiding and adorning its idiosyncratic path. Less than a minute before spreading the album’s hypnotic sound, ‘Neon’ opens with spare guitar chords and Ellery’s precise vocals; the haunted folk of ‘Lancaster Court’ both counteracts and reinforces the record’s operatic qualities; centerpiece ‘Concrete Over Water’ comfortably lingers in an air of nostalgia. When it finally kicks into gear, it’s spiked by ominous vocal manipulations that sound like a beast clawing through its cage. For an album inspired by the dizzying feeling of listening to dubstep for the first time, I Love You Jennifer B is often less kinetic and immediate than some might expect, withholding as much as it lets the songs breathe and run free. After all, those experiences fall under the umbrella of growing up, and the duo is all too conscious of the space between the formative past and the disordered present.

Despite its surprising restraint, I Love You Jennifer B is filled to the brim with wild and fantastical moments. ‘Greatest Hits’ is the closest it comes to pure escapism, an immaculately produced dance track that has no issue channeling Madonna while adhering to the album’s theatrical presentation. Yet even at its most eccentric and playful, Ellery’s songwriting doesn’t shy away from genuine and even existential concerns, only slyly disguising them. ‘Debra’, which is sung from the perspective of an Animal Crossing character, swells with dark synths before transforming into a quirky party jam, as if in an effort to sweep away the weighty realization that “grief is just love with nowhere to go.” The extended techno closer ’50/50′ barely conceals its yearning for intimacy, sliding it under a glitchy delirium: “How do I get close to you? How do I address you?”

As much as the music presents a gateway to a different world, it also mirrors the singer’s introspection in strikingly vivid fashion. Backed by lightly plucked harp, Ellery uses a poignant pregnancy metaphor to describe an anxious breakdown on ‘Angst’: “My organs bob about in the dark/In a mustard mist/ In my stomach-vase,” she sings, a warm bed of synths letting in the tiniest bit of light yet ultimately accentuating the despair. When all that’s left is her bare voice, the pace quickens like a heart and her words get all jumbled up, leaving the listener discombobulated and equally exposed. Jockstrap’s process usually involves bringing the orchestra to the bedroom and weaving a bizarre, intricate dance, but here they know exactly when to pull back the curtain.

‘Glasgow’ is the album’s most straightforward track, foregrounding the radiant sincerity of Ellery’s lyrics and rendering it an undeniable standout. Even if the journey ends with a poignant admission of loneliness, the music sits right there beside her, in perfect understanding: hear how it lets the crushing echo of that final “baby” ring through. Throughout these ten songs, it’s there to offer support, to bring fading memories to life, indulging in strange detours and entertaining every mad possibility. “Don’t mind saying the things you feel/ Don’t show the world who you really are,” a voice whispers on ‘Lancaster Court’, but Ellery soldiers through its ghostly contradictions: “Just keeping moving.” Jockstrap’s truest identity may remain obscured, but rather than plunging further into the abyss, they’re more than adept at using their tricks to swim closer to the surface.

Album Review: Jockstrap, 'I Love You Jennifer B'On I Love You Jennifer B, Jockstrap embrace the chaos of imagination. With the release of their debut EP, 2018’s Love Is the Key to the City, and its impressive follow-up, 2020's Wicked City, the London duo of Georgia Ellery and Taylor Skye showcased...