Music and Fashion are Deeply Connected: 5 Music Styles and Their Looks 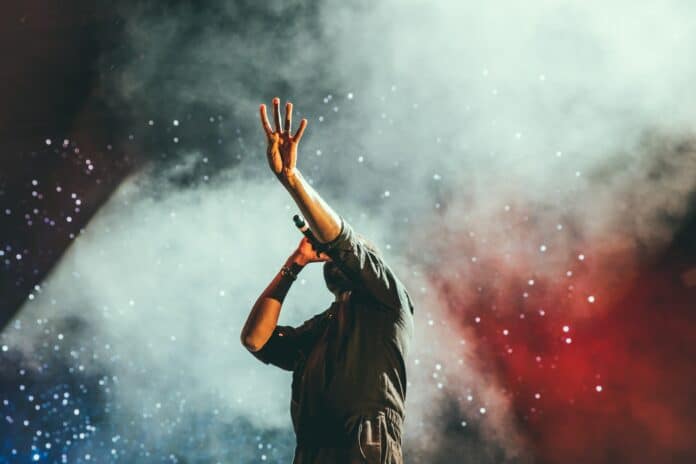 Music has become a highly important part of society and has influenced everyone listening to it since always. As times changed and different genres of music appeared, so did styles change. From classic to pop to electronic, today’s music lovers have various styles to enjoy.

Music provides a great time for its listeners, but sometimes it influences people so much that they are taking music as inspiration to make all sorts of changes in their lives. Fashion designers, just like everyone else, love different types of music and create clothes inspired by it.

On the other hand, different music styles, singers, and bands simultaneously fall into a particular fashionable trend, making music and clothes deeply connected. The culture born from developing a different kind of music is often amazing.

If you’re listening to a particular genre, chances are great you’re dressing the way most lovers of the same genre dress. This generalization is not always followed by everyone but is often considered the most suitable. In this article, we’re talking about a few music styles and their fashionable counterparts. Keep reading and see what they are.

Only one thing speaks louder metal than long hair – leather clothes. All rock bands, and especially metal bands, love leather suits, leather shoes, and leather pants. This kind of music is raw, energetic, and often primal. What other piece of clothing expresses these emotions better than leather?

If you look at most metal bands, you’ll see a pattern. They are all dressed similarly, and although there are variations to express genuine style, they all love leather clothes. The black color is their main trademark, so if you want to dress for a metal event, think of black leather clothes mainly.

During the 80s and the 90s, the hip-hop sound was huge. Millions across the globe learned about the style in which African Americans from the States recite their rhymes on improvised bits. Hip hop lovers and rappers used to dress entirely differently – in baggy clothes, baseball hats, and sports jerseys.

The pants may be baggy jeans in all different colors, and the tops can be ordinary oversized t-shirts or jerseys. Sometimes the style goes overboard with jeans dropping low below the waste, but rap generally means baggy clothes of all kinds. The style represents the laid-back life of the American ghetto, and even more aggressive rap songs still follow the same looks.

During the era when hip hop emerged, another interesting musical style appeared – grunge. This alternative rock subculture that emerged from rock features songs and lyrics that are social and deal with life’s difficulties, making its followers people who are often disappointed with life and society.

With this kind of attitude towards life, the fashion that emerged from grunge is similar to their feelings. Grunge style and fashion mean gritty, loose, and timeless looks that are nothing similar to any fashionable rule. It’s rebellious and out of the ordinary. Ironically, it has become a fashionable trend on its own over the past three decades.

Techno and electronic music started in the 90s, and another time changed everything that people were used to. Since the 80s, fashion and music had seen tremendous changes, culminating in the second part of the 90s when techno came on the stage.

Electronic music and techno made people go to parties where light effects played a major role in creating an amazing atmosphere. People started dressing for the occasion, and this music spiked a trend of people dressing like they were at the carnival, with lots of colors, fewer clothes, and creating an image of joy and happiness.

5. Country and shirts and jeans

While the rest of the options we mentioned are relatively new and have stayed until today, country is a music trend that emerged long ago but is still popular among a particular group. Country fans and musicians feature a more adult and formal look, with jeans, shirts, and hats.

Leather boots in various colors are also fashionable, but entirely differently combined from the rest of the clothes as the rock and metal bands, for example. Country lovers will dress almost the same as they would go to work the same day after the party.

Over the years, different music styles dictated how people would dress. It’s unclear if fashion designers were influenced by music more or if it is the other way around. Whichever the case, it’s clear how different music fans feature their own styles and easily recognize each other based on their clothing choice. It’s not a rule, but if you want to look cool at a party where a particular music type is played, you should follow the rules mentioned above.