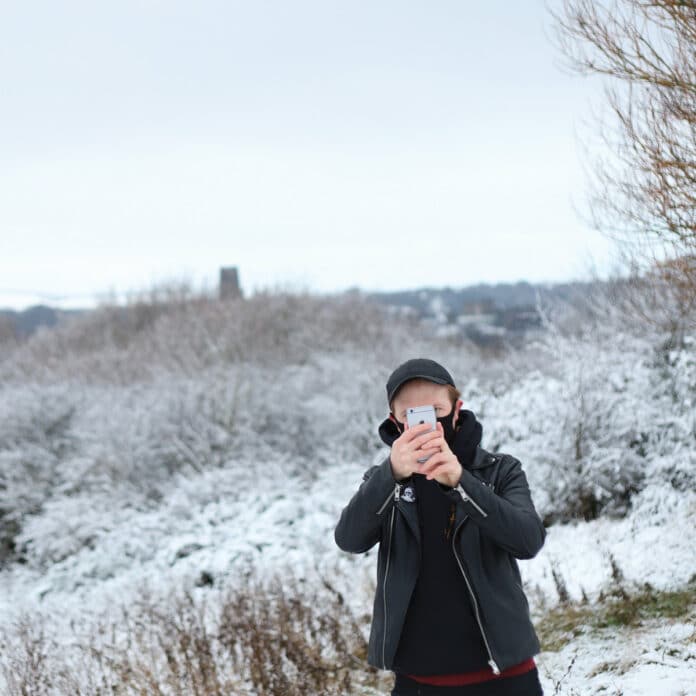 For a moment on their latest record, Martha almost give in to nostalgia. “Take me back to the old days/ Take me back to the glory days we had,” goes the chorus of the album’s title track, before the inevitable funny twist: “No wait, don’t do that, I was really fucking sad/ The old days were bad.” It’s a bold statement from one of the most consistent bands in power-pop, a genre that’s been thriving in 2022 but not always by looking to the future for inspiration – perhaps not surprising considering how the past few years have made us long for a false sense of normality. All this is subtext for the Durham four-piece, who are actually singing about the feelings that awaken when an old significant other starts calling – but with the complex self-awareness that’s haunted their crunchy, infectious songwriting over the past decade, it wouldn’t be a reach to look at it from more one angle. After all, their fourth album does take its name from that song: Please Don’t Take Me Back.

In fact, there’s a lot of subtext that’s hard to ignore in Please Don’t Take Me Back, which distills the band’s best qualities into what might be their most satisfying outing yet. A strong social consciousness has always been part of Martha’s distinctly DIY ethos, but here they strike a tight balance between politically incisive lyrics and the kind of personal resonance and sugary presentation that needs to foreground them. Advance single ‘Hope Gets Harder’ and the title track were both accompanied by paragraph-length press statements about the state of their home country (“England: a uniquely fucking terrible idea”), while the album’s lyric sheet uses quotes by writer Alison Rumfitt, Stath Lets Flats character Vasos Charalambos, music critic and cultural theorist Mark Fisher, and others as insightful epigraphs. But in song, they’re succinct and beholden to the power of melody.  On ‘Hope Gets Harder’, having clearly demonstrated why they hate this place, they wait until the final chorus to deliver the brilliant couplet, “Every day the hope gets harder/ England is a funeral parlour.”

But a cynical outlook is far from what makes Martha stand out from other bands in the genre that seek refuge in the past, and it’s not really what drives most of these songs. It’s the tension between optimism and dead dreams, between mental disarray and societal collapse, and yes, between past and future, that anchors Please Don’t Take Me Back. This is partly achieved through the album’s overall structure: listen to how contrasting sentiments clash in the excellent opening trio of ‘Beat, Perpetual’, ‘Hope Gets Harder’, and ‘Please Don’t Take Me Back’, with the invigorated pulse of ‘Beat, Perpetual’ recalling 2nd Grade‘s ‘Beat of the Drum’ off Easy Listening, another power-pop gem from this year that toyed with the idea of being stuck in the past but found pure liberation in rock n’ roll. But Martha are also experts at utilizing dynamics within a single track, and like ‘Hope Gets Harder’, ‘Neon Lung’ compresses the song’s poetic reflections into a universal chorus, saving the best for last: “Being good is good but getting better is much harder.”

So while Please Don’t Take Me Back thrums with the instantly memorable hooks you’d expect from a Martha record, it’s just as fun singing along as it is seeing how they push things further. It’s not long before the excitement of ‘Beat, Perpetual’ begins to fade, but Martha keep dialing up the momentum. The mood becomes more sullen as we inch towards the album’s finale, with the group despairing against the ‘Total Cancellation of the Future’, but they strike back with ‘I Didn’t Come Here to Surrender’, one of the most dramatically defiant songs in their catalog. Yet they also avoid a stereotypically hopeful conclusion with ‘You Can’t Have a Good Time All of the Time’, a song whose open-ended poignancy Naomi Griffin delivers with calm but not quite apathetic resolve. As individuals and society at large seem to teeter between some version of good and bad, Martha are less concerned with turning a daydream into reality than drawing a line between the two. “Over time, all the seasons begin to rhyme/ The silences grow longer but the beat gets louder by design,” they sing on the penultimate track, and by that point, you’ve already heard it coming alive.

Album Review: Martha, 'Please Don't Take Me Back'For a moment on their latest record, Martha almost give in to nostalgia. "Take me back to the old days/ Take me back to the glory days we had," goes the chorus of the album's title track, before the inevitable funny twist: "No wait,...