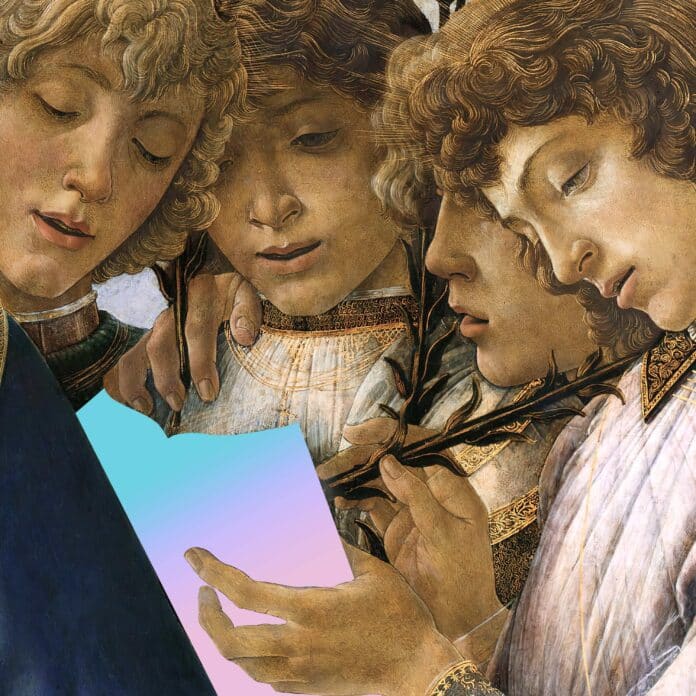 Phoenix doesn’t strike you as the sort of band that’s fuelled by anxious energy. Thomas Mars, Laurent “Branco” Brancowitz, Deck D’Arcy, and Christian Mazzalai have been friends since elementary school, though the more surprising fact might be that they’ve been in a band together for over 30 years; their debut album, United, came all the way back in 2000. They’ve since become known as one of the most reliably consistent bands in indie rock, although their output in the past decade has often fallen just short of greatness. You wonder if this has to do with another one of their defining traits: Everything Phoenix do seems to come out organically and without much internal strife, even if the effortlessness their music exudes is just a veneer; they’re a tight-knit group that’s committed to their craft as they are to each other.

Suffice it to say, they’re not the kind of band that would easily embrace the idea of remote collaboration. But when the pandemic hit and Mars found himself away from his bandmates on the other side of the world, he did what had never been done in their long career: he wrote a song without them. Based on a loop the band had sent him, he wrote stream-of-consciousness lyrics that spoke of a yearning for connection and would become ‘Winter Solstice’, one of the most pensive and subtly intricate songs not only on the band’s new album, Alpha Zulu, but their whole catalog. Arriving halfway through the record, it feels both like a centerpiece that evokes a pervasive sense of isolation as well as an outlier. By that point, though, you might have already scanned Alpha Zulu as an album of outliers; unlike its predecessor, 2017’s Ti Amo – an Italo disco-inspired record that will perpetually live one breath away from the word “gelato” – it doesn’t have much of a distinctive palette. It’s really all over the place in a way that feels purposeful but never quite distracting.

Being able to reconvene in the studio was, unsurprisingly, more than enough to carry Alpha Zulu in a more hopeful direction. But the place where the French band ended up recording – Musée des Arts Décoratifs in Paris, which is part of the Louvre Palace – also provided a template of inspiration. “Museums are very curated, and you see it through the eyes of the curator that’s presented things to you,” Mars told NME. “But when we came in, the collection was in a joyous mess: different eras and styles next to each other. When we make music, we do it in the same way.” This giddily messy aesthetic extends to some of the material on Alpha Zulu, but not as much as the title track, an odd and understandably divisive introduction to the album, might lead you to believe. Mostly, it’s abuzz with the sort of rapturous energy that will be familiar to longtime fans. ‘Tonight’, a collaboration with Vampire Weekend’s Ezra Koenig, might feel inescapably nostalgic (even bordering on revisionist), but it gets away with it by also being an irresistibly soaring highlight. When you only get a few of those per album, it’s hard not to latch onto whatever sentiments they bring along.

The band cheekily follow ‘Tonight’ with ‘The Only One’, a dreamy song about the passage of time that challenges the feeling you might intuitively get when listening to Phoenix – that not a day has gone by since the first time you heard Wolfgang Amadeus Phoenix. Though few indie bands have aged as gracefully as them, the song’s glistening melancholy, its urge to stay “forever young” and not fall behind, feels convincing rather than cringe-inducing. Of the more uplifting tunes, nothing really tops ‘Tonight’, which is more about the contrast between melody and feeling; the closest it comes to euphoric, razor-sharp pop is the song ‘After Midnight’. After a strong opening stretch, the songs on Alpha Zulu start to get a bit samey, and similarly bright tracks in the latter half, like ‘Season 2’ and ‘Artefact’, don’t hold the same spark.

The album is more memorable when Phoenix venture out of their comfort zone just a little, like when they spike their formula with a techno edge on ‘All Eyes on Me’, whose sonic flourishes convey the sort of nervousness you’d never think would suit them. They’re capable of reinvigorating their sound simply by taking it a small step further, and the striking closer ‘Identical’ is a perfect example. Originally released for Sofia Coppola’s 2020 film On the Rocks, and written soon after the death of the band’s longtime collaborator and unofficial fifth member, Philippe Zdar, the song shines here in its extended form, unfolding across five minutes – a significant amount of time, considering the album breezes by in just over half an hour. With a repetitive chorus whose echo you might register as “Where did you go?,” the grief expressed on ‘Identical’ – “I’m losing my friend, I’m losing my grip” – tumbles along a wash of emotion that’s as hard to contain as it is to identify, locked in a specific moment in time that seems to stretch on. If this music stirs up any memories in you, they’re probably the kind you won’t forget.

Album Review: Phoenix, 'Alpha Zulu'Phoenix doesn't strike you as the sort of band that's fuelled by anxious energy. Thomas Mars, Laurent “Branco” Brancowitz, Deck D’Arcy, and Christian Mazzalai have been friends since elementary school, though the more surprising fact might be that they've been in a band together...