Darkside, the project of Nicolás Jaar and Dave Harrington, have announced a run of 2023 European tour dates, marking their first live performances since 2014. Percussionist Tlacael Esparza will be joining the group for the tour, which includes appearances at Primavera Sound Barcelona and Madrid. Check out the list of dates below. 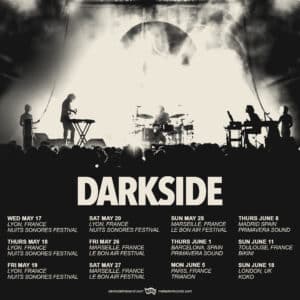