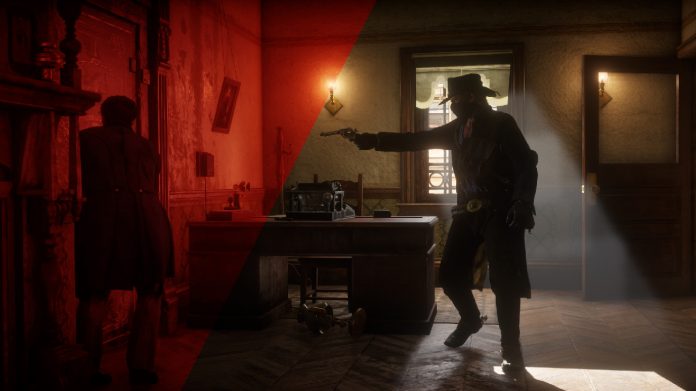 Less than a week out from the global release of Red Dead Redemption 2 at this point and hype is reaching levels that only Rockstar can generate. While we expect a lot, and hope for a few hilarious but ultimately harmless glitches like we saw in RDR 1, not all is well in the land of Rockstar Games.

For those unaware about how the creation of video games works, there is a common issue which comes about when a big game is approaching release. With a set release date, the changing of which could cost millions of dollars, those developers underprepared or poorly budgeted for time enter what is known as the crunch. During this period, staff will be required to work enormous and inhumane hours, putting a huge amount of stress on their health and personal lives.

With a recent report from Vulture, VP at Rockstar Games Dan Houser dropped a casual bomb that some staff were working 100 hour weeks in the lead-up to the release of what we do not doubt will be an amazing game. The problem is that for many of us, the ends don’t justify the means. With other reports over the years of poor working conditions from Rockstar over similar crunch periods, there has been backlash at the company for touting something which is actively harmful to their artists.

At least we can hope that this finally pushes the unionization of workers in the gaming industry into action. Happier and healthier workers perform better, after all, and nobody deserves to have their lives suffer from terrible working conditions.

With Sony finally coming to their senses with the opportunity of the PS4 to crossplay, we have a bunch of new developers getting around to opening their games up to these new opportunities. Recently announced here was that the worldwide phenomenon of Rocket League will become PS4 crossplay compatible sometime early in 2019. Already available over PC, Xbox, and Switch, a game this popular is certainly not wanting for a player-base, but we’re glad to see it making the jump all the same.

Marvel vs Capcom is one of the most celebrated series in gaming and is top of the list for many hardcore players when it comes to competitive fighting games. Unfortunately, the most recent release of Marvel vs Capcom Infinite was a little less than well-received. While the actual gameplay itself is often well-regarded, the ugly graphics and poor roster set it as a definite disappointment among a highly competitive market.

Maximillian Dood, well-regarded content creator for the fighting game community has a more in-depth look here, for any interested.

With this failure, many feared that the series as a whole might never see another release, especially given Capcom’s less than stellar performance over the last few years. Rumors have begun to circulate, however, that there could very well be an expansion or direct sequel in the works.

Probably the biggest aid here, if the rumors are indeed true, is that Marvel has again acquired the right to use X-Men in film and gaming media. As these were some of the staples and the strongest characters in previous versions of the game, which were much missed from MvCI, the return of the likes of Magneto, Storm, and Wolverine could alone prove to be a huge selling point for a fan base still eager for more.

Like them or hate them (we’re firmly in the latter group) microtransactions are here to stay. In fact, two of the biggest names in the gaming industry, EA and Activision, have seen such an enormous growth through their (vomit) ‘games as a service’ model that future heavy reliance on these not-at-all micro systems is not a possibility, it’s an inevitability.

Since 2012, EA’s use of these systems has seen their market value rise from $4 billion to $33 billion, with Activision Blizzard seeing their worth increase from around $10 billion to $60 billion during the same period. Despite their overreaching, despite the fans overwhelmingly speaking out against what are often manipulative practices designed to take advantage of people with gambling addiction, these systems will continue, and their negative effect on their included games as a whole will continue.

Full-priced games with free-to-play economies are here to stay, so be sure to vote with your wallet whenever possible, and don’t go to bat for those who seek to exploit you. Another Battlefront 2 fiasco is just a matter of time, of that you can be certain.

Now then, if you’ll excuse us, we’ll keep waiting until Friday.