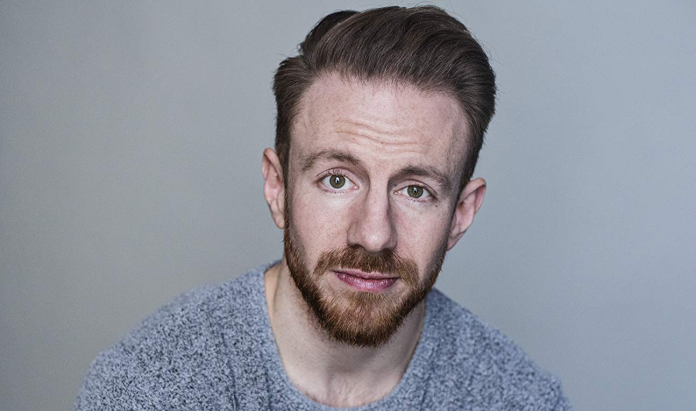 Craig McDonald-Kelly, a highly-gifted actor and co-founder of Deadline Films, joined me for an interview to talk about acting, film and culture.

Hello! I’m fan-dabby-dozy! And you?

I’m very well, thank you! So, how did you get into acting and how did your love for film come about?

I originally wanted to join the army. I started the training but decided to go to college when I turned 18. I was always a big funny idiot. The kind of kid who would do anything for a laugh. Mostly things that involved being stupid and often injuring myself in some way. I love entertaining people and making them laugh. I then went to film school in New York and started making money from acting. Only then did I think “Holy shit, I can do this for a living!”

You’ve moved from Scotland to New York and then to London, how did that all happen?

Luck and timing. After college, I started auditioning for drama schools. I auditioned for NYCDA in New York not thinking I had a chance. A few months later I got a call saying I’m in! With a $4,000 scholarship too! After four years in New York, my visa was up so I decided to move to London.

What inspires you to create and act?

Many things. The feeling a good TV show gives you. Or an amazing moment in a film that’ll make you cry or burst out laughing. The connections you make with characters that sometimes last your entire life. I want to bring joy, and the challenging questions to people through my acting like others have done for me. I’m so much of who I am because of this art. I love it, and I want to give something back.

Do you have any projects you are working on at the moment?

I’m just back from Luxembourg where I was shooting feature film ‘Marionette’. I’m working on my own first feature film with Deadline Films at the moment called Sacrifices. Based on the Harvey Weinstein scandal. I’ve also got a few short films doing the rounds at film festivals. Mainly Deadline Film’s debut ‘Hangover Food’ and my most recent short ‘Man-tis!’ a brilliant modern comedy/horror film by Chris Stewardson.

“I’m so much of who I am because of this art. I love it, and I want to give something back.”

That’s a lot of exciting projects! If you could give any advice to any aspiring actors or filmmakers what would it be?

Do everything you can. Even the shit stuff. Especially the shit stuff starting out. You learn so much from good directors and good actors as well as the bad ones. That and don’t expect it to come easy. Get strapped in for the long haul.

How did Deadline Films come about?

It started in September 2017 when myself and my David Hepburn hit a lull in our auditions. So, we decided to make some calls and make something. A director I worked with a few years back, Ross McGowan, had just moved back to London. We met up for some drinks, and he had this great idea about a guy who’s had a hangover that wasn’t a hangover at all, but a transformation into a vampire. We took that idea and wrote a script for it and shot it over a weekend at our flat. It only worked because we set deadlines for ourselves on script/cast/shoot dates etc. We had the fire burning under our ass’, and that really makes you move.

What are the challenges of running a collective like Deadline Films?

It’s funny because the challenges are the same as what made it work so well in the first place. It’s the deadlines. Once we’ve got one film up and running we have to put more work and effort into it, but at the same time we want to continue making films, but the more we make, the less time we have to make more. We are getting a handle on it now, figuring out where best to put our energy. It’s all a big sexy process.

I think it’s like style and fashion; it changes depending on where you are what your lifestyle is. Culture is a more permanent thing though. Styles will come and go, but culture will evolve and not lose any of its roots. It’s important to remember what cultures we’ve come from and what we hope to bring to culture for the future.

Thank you for joining us Craig!