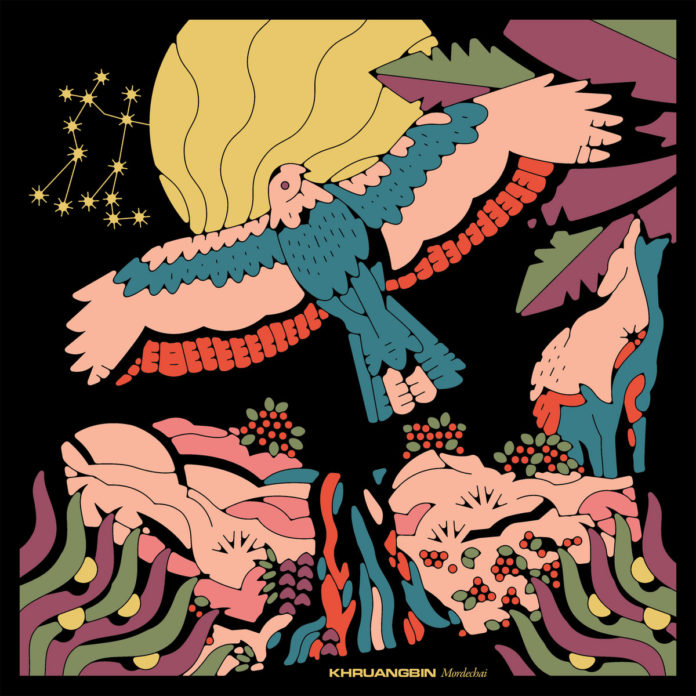 At first, it might seem strange that a band like Khruangbin – a largely instrumental act drawing on influences from all over the world – have built such a cult following in the indie scene and beyond. Ever since their breakthrough sophomore album, Con Todo El Mundo, Khruangbin have become one of the best-selling acts on their label Dead Oceans (which is also home to artists like Bright Eyes, Phoebe Bridgers, and more) and earned the support of JAY-Z. “I don’t really get it,” guitarist Mark Speer admitted in a recent New York Times interview. “It’s instrumental to primarily instrumental, with a band name that nobody can pronounce. It’s still really bizarre.” But the Houston-based trio – which is pronounced “krungbin” and also includes bassist Laura Lee Ochoa and drummer Donald Johnson – somehow captures the best of both worlds: their music is textured enough for discerning music fans to pick up on the band’s diverse musical palette, but it is also palatable enough for anyone to enjoy as pleasant background music. Their songs would fit snuggly into any number of ‘chill’ playlists – even the band themselves accompanied the release of their latest album, Mordechai, by relaunching their very own official playlist generator, promising to take you on a “musical voyage from the safety of your home”.

But Khruangbin’s most compelling songs are those where you can sense that there’s a human touch behind its algorithm-friendly atmosphere; those that rise above mere ‘vibe’ music. Their best album, aptly titled Con Todo El Mundo meaning “with all the world”, transcends cultural barriers while creating music that brings people together, in the same way that it transcends genre not just for the sake of experimentation but in service of something bigger. It’s a fine line, but Khruangbin have repeatedly proven they are more than capable of navigating it. Mordechai, however, is a rare misstep: an album that feels directionless at best and uninspired at worst, it seemingly utilizes the band’s winning formula but fails to elicit the same response. Where Con Todo El Mundo and even their 2019 follow-up Hasta El Cielo created their own mood, Mordechai too often fades into the background, lacking the subtlety and nuance that defined their previous releases.

It’d be unfair to say that the band isn’t trying anything new here, though; Mordechai marks their first album to prominently feature vocals, a characteristic that mostly enhances the communal atmosphere that usually renders Khruangbin’s so enjoyable. But they are also used as little more than just another instrument, one that serves as little more than a distraction to what the band is trying to achieve musically. A notable exception here is ‘Pelota’, where Ochoa’s singing is infused with much more personality and carries the groove of the track rather than merely complimenting it. But on the disco-inflected ‘Time (You and I)’, which also happens to be the album’s catchiest song, the vocals are far too nondescript; it doesn’t help that the song also drags on for too long. ‘If There is No Question’, though, is the biggest offender, a track that’s not only formless but also wearingly dull – unfortunately, it’s also the longest cut here, clocking in at almost 6 minutes.

While tracks like ‘Connaissais De Face’ and ‘One to Remember’ struggle to justify their place in the tracklisting (the feeling of the latter is more effectively captured on the nostalgic ‘So We Won’t Forget’), Mordechai’s most memorable moments come when the band’s melodic strengths are pulled into focus. The album is bookended by two of Ochoa’s most infectious bass lines, while closer ‘Shida’ also features a slick solo from Speer, one that seamlessly untangles itself while also propelling the track forward. The greatest highlight, though, is ‘Father Bird, Mother Bird’, where the interplay between Speer and Ochoa wonderfully evokes the duality hinted by the track’s title. It also contains one of Khruangbin’s most transcendent melodic lines, showcasing just how genuinely transportive the trio’s music can be when they give it their all. There’s no denying that Mordechai is a listenable album – and, at a time like this, we could certainly use some music we can just chill to – but its best moments also remind us that Khruangbin can offer a lot more than that.

Album Review: Khruangbin, 'Mordechai'At first, it might seem strange that a band like Khruangbin – a largely instrumental act drawing on influences from all over the world – have built such a cult following in the indie scene and beyond. Ever since their breakthrough sophomore album, Con...