Sophia Kennedy has announced a new album: Monsters is set for release on May 7 via City Slang. The electronic artist has also shared the album’s second single, ‘Cat on My Tongue’, alongside a music video directed by Rosanna Graf. Check it out below, and scroll down for the LP’s cover artwork and tracklist.

“The song is a movie-like bold teenage rebel story,” Kennedy said of ‘Cat on My Tongue’ in a statement. “Like the world of the Shangri-Las and Lovers-Rock combined with psychedelic Hip Hop. But to me, the real star of the song is the melody. It has this bright addictive Beam and it makes me feel good. It makes me feel so good, as if I’m sliding down the rainbow with no clothes on, while waving to tiny little angel babies.” 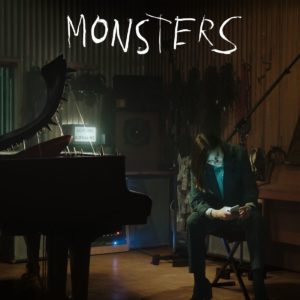