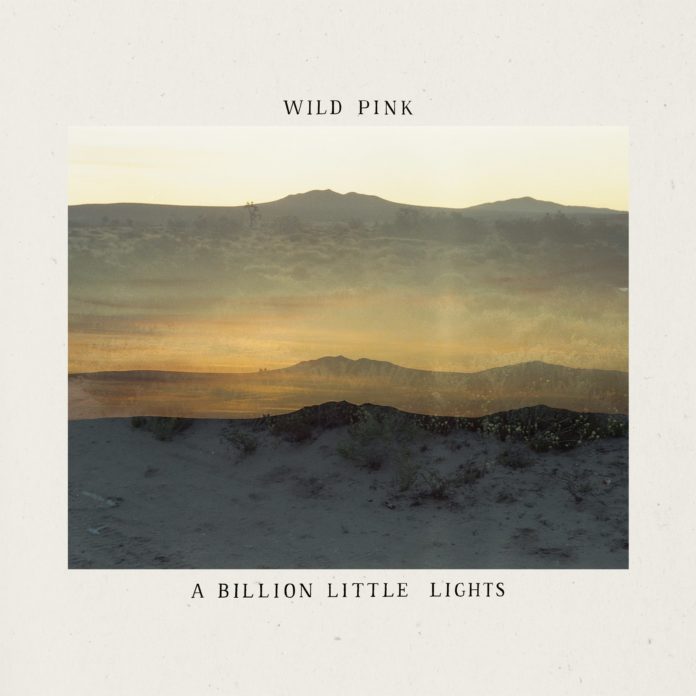 With every Wild Pink album, frontman John Ross has been steadily expanding the project’s sound and vision. As early as their 2017 self-titled debut, fans and critics alike were comfortable situating them somewhere between the road-trip-ready Americana of the War on Drugs and the introspective indie rock of Death Cab for Cutie. That the Brooklyn band continues to probe that intersection without sounding derivative or repeating the same ideas is an achievement on its own, but what’s more impressive – especially on A Billion Little Lights, which was recorded with producer David Greenbaum and incorporates more layers of bright, glossy synths to match Ross’ ambition – is how their work deftly balances not just the sounds but also the grandeur of heartland synth-rock with the sensitivity and warmth of late 2000s indie. Their new album is their most cohesive and inviting effort to date, reaching for the kind of sweeping arrangements that also render it their most rewarding.

Refreshingly, the band’s decision to broaden their horizons on A Billion Little Lights feels like more than just a default artistic move. Inspired by Carl Sagan’s Cosmos among various other works that he’s gracious enough to reference in his lyrics, Ross uses the album’s sprawling aesthetic as a canvas through which to grapple with the infinite expanse of the universe and his own place in it. On the soaring lead single ‘The Shining But Tropical’, we find him in the San Francisco Bay, “where from way up high, the coast is a crisp line/ And all the microscopic life, like a billion little lights/ Become a single living thing.” He tries to hold on to that memory without letting it become tinted by his own insecurities: “I want to remember every single thing/ Just not who I used to be.” Later, on the stunning ‘Pacific City’, he revisits that sentiment in a more reflective light: “Every little thing that I worried about/ Was a penance I tried to pay/ For every little thing about myself I couldn’t change.” As he segues into the pre-chorus, singing of how he “learned about time/ To make hay while the sun shined,” the guitar diffuses into a soft glow before a gorgeous saxophone seeps into the mix.

Ross’ voice may not carry the distinct flavour of an Adam Granduciel or the dramatic propensity of a Brandon Flowers, but its amiable qualities make for a fitting accompaniment to the music and the themes that permeate it. Though sometimes the hyperspecificity and emotional candour (and humour) of his writing can get lost in the haze, you feel beside him even when the vastness of the instrumental threatens to overshadow his presence. But especially when he turns his focus on relationships, his gentle delivery infuses each melody with a sense of intimacy that, more often than not, is appropriate for the mood. His hopeful affirmations often seem to extend to the listener without feeling inept or generic, like when he repeats “I got your back” on opener ‘The Wind Was Like a Train’ (which continues the Wild Pink tradition of apt song titles) or “You want peace, you want love/ You deserve that much” on ‘The Shining But Tropical’. But some of the album’s most striking moments arrive when he’s accompanied by Ratboys singer Julia Steiner, who contributes lilting vocal harmonies on tracks like the deceptively upbeat ‘You Can Have It Back’ or the wondrous ‘Family Friends’.

Wild Pink’s last album, Yolk in the Fur, ended with Ross repeating the line “I hope we find peace,” before declaring, “I don’t know what happens next.” It’s tempting to assume he’s found at least some of that on A Billion Little Lights, but the album doesn’t really lend itself to any particular reading; it’s open-ended by nature, and Ross combines the project’s grand ambitions with lyrics that are either about or take place in a dream or a hazy memory. Because it straddles the line between fantasy and nostalgia, the result is something that feels both familiar and out of reach, as if chasing a vision that’s yet to fully materialize. When it does, one can only hope it’s captured in the same magical splendour that this album naturally exudes.

Album Review: Wild Pink, 'A Billion Little Lights'With every Wild Pink album, frontman John Ross has been steadily expanding the project’s sound and vision. As early as their 2017 self-titled debut, fans and critics alike were comfortable situating them somewhere between the road-trip-ready Americana of the War on Drugs and the...