Hiss Golden Messenger’s M.C Taylor has announced a new album called Quietly Blowing It. It’s out June 25 via Merge. The prolific Americana artist has also shared a new single, ‘If It Comes In the Morning’. Check it out below and scroll down for the album’s cover artwork and tracklist.

Taylor said about the new song in a statement:

‘If It Comes in the Morning’ was a song that was written in the spring and early summer of 2020. The country was on fire, and I kept thinking to myself, ‘What comes next?’Initially, I didn’t know how much hope to include in the song—I wasn’t feeling particularly hopeful myself in that moment—but I felt that it was important to remember that whatever happened, most of us were going to be fortunate enough to be given another day in which to enact what I feel are the most important and fundamental parts of being alive: joy, love, peace, the willingness to keep moving forward whether the cards fall in our favor or not. And in remembering, at least, that these feelings exist, I suppose it became a song of hope. The Staple Singers and Curtis Mayfield were very good at writing these kinds of songs, and I suppose I was looking to their music as inspiration for ‘If It Comes in the Morning.’ When I got stumped on a verse, I called my friend Anaïs Mitchell, and she got me straightened out. I’m very thankful for her help. 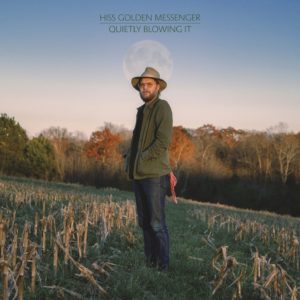 1. Way Back in the Way Back
2. The Great Mystifier
3. Mighty Dollar
4. Quietly Blowing It
5. It Will If We Let It
6. Hardlytown
7. If It Comes in the Morning
8. Glory Strums (Loneliness of the Long-Distance Runner)
9. Painting Houses
10. Angels in the Headlights
11. Sanctuary