Squirrel Flower, the moniker of Ella O’Connor Williams, has announced a new album: Planet (i) is out June 25 via Polyvinyl. She’s also shared the lead single from the album, ‘Hurt a Fly’, alongside a music video directed by Ryan Schnackenberg. Check it out below and scroll down for the album’s cover artwork and tracklist.

“‘Hurt a Fly’ is me embodying a persona of gaslighting, narcissistic soft-boy type shit,” Williams explained in a press release. “The classic ‘sorry I acted violently, I’m not mad that you got upset at me, wanna hang out next week?’ I wanted to see what it was like to be a character trying to skirt around accountability. It’s an angry and unhinged song, and for the video I wanted to be inside a bubble writhing around and trying to get out. A stranger filmed me practicing choreography at a public park, submitted it to a meme page making fun of ‘influencers,’ and the video got 1,000,000 views, which in my mind is perfect thematically.”

The new album was recorded at Ali Chant’s (PJ Harvey, Perfume Genius) studio in Bristol, UK. “We had this shared creative language and the recording process was, like my demo process, very sculptural,” she adds. “Instead of recording live with a full band, we built this record layer by layer, experimenting, taking risks.” 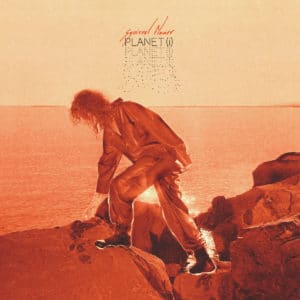