José González has announced his first new album in over six years: Local Valley arrives on September 17 via Mute. The Swedish singer-songwriter has also shared the LP’s second single, ‘Visions’. Check it out below and scroll down for the album’s cover artwork and tracklist.

“We are the apes that are starting to understand the universe and our place in it,” González said of the new track in a statement. “We are changing our surroundings in an exceedingly rapid pace, so much that we’re becoming stewards of our planet whether we like it or not. As Stewart Brand said, ‘We are as gods and we have to get good at it.’ The lyrics came to me in early February 2020 just as there were more and more tweets about the possible pandemic. The topic of the song felt very timely. You can hear the birds and ambient sounds from the veranda, along with a layer of synth loops in the background.”

Recorded at Studio Koltrast Hakefjorden, Local Valley is described by González as “a natural continuation of the styles I’ve been adding through the years both solo and with Junip.” He continued, “I set out to write songs in the same vein as my old ones: short, melodic and rhythmical. It’s more outward looking than my earlier works, but no less personal. On the contrary, I feel more comfortable than ever saying that this album reflects me and my thoughts right now.” 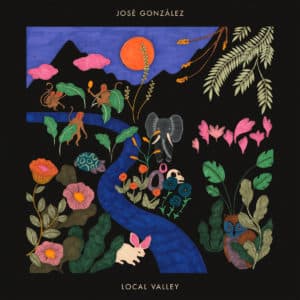