The Best Television Cooking Shows of All Time 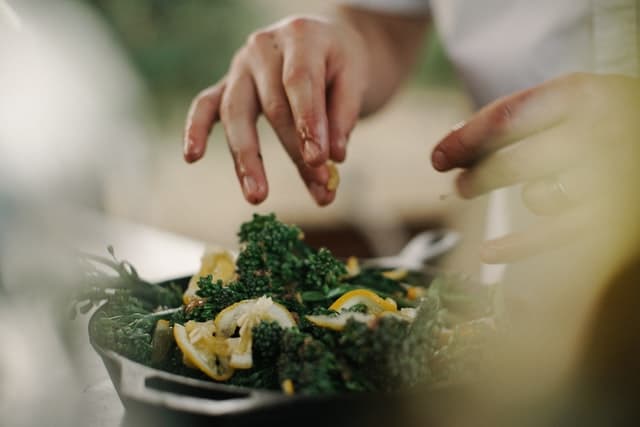 One of the most popular staples of television programming since the earliest days of broadcast TV has been cooking shows. In their earliest and most simple form, these programs are cheap to produce which made them one of the most economical ways for TV stations to fill their daytime schedules.

The earliest known example of a TV cooking show was “Cook’s Night Out” which aired on the British Broadcasting Corporations marquee station BBC1 all the way back on 21st January 1937. Featuring Marcel Boulestin as the show’s host, he went on to become a celebrity in Great Britain and later, throughout the English-speaking world thanks to his compelling style and cookery books on French Cuisine.

It wasn’t long before other countries got in on the act, with “Sunday Evening Supper” first broadcast on NBC in the United States in 1940. In 1946 a live television series “I Love to Eat”, also broadcast on NBC, made James Beard a household name.

The advent of the reality television craze towards the end of the 1990s breathed fresh new life into the genre. Celebrity chefs such as Gordan Ramsay, Paul Hollywood, and Jamie Oliver owe much of their success to the new breed of cooking shows which were borne from this new wave of television cooking shows. Let’s take a look at some of the best cooking shows of all time, as voted on in several independent polls conducted throughout the past two decades.

The Great British Bake Off

From the same production studio that first came up with “Big Brother”, each episode of The Great British Bake Off sees a small group of amateur bakers compete in several preset challenges. In each episode, hopefuls attempt to impress a group of celebrity judges with their baking prowess, with one competitor eliminated at the culmination of each challenge.

The format has proved unbelievably popular, with 26 international versions currently airing and another seven that, whilst no longer being produced, have often been replaced in their respective countries by a better performing version from another region that is either produced in the same language as the host country or dubbed.

The program has been credited with reinvigorating interest in baking throughout numerous countries, and the viewing figures for some versions have been so high as to cause major battles between television stations to secure the rights for the next season when contracts have expired. Whilst we haven’t seen an online slot version of The Great British Bake Off just yet, I wouldn’t rule out the possibility in the future!

Not quite the first TV cooking show to be hosted by the inimitable Gordon Ramsay, but probably the first to be made into a series of online slots games, Hell’s Kitchen sees two teams of chefs compete for a job as a head chef at a top restaurant.

There have been both British and US versions of the show, both of which follow similar formats with slight changes to reflect the unique tastes of audiences on either side of the Atlantic. Whilst the British version fizzled out after only four seasons, American viewers simply can’t get enough of the dramatic action of Hell’s Kitchen and the show has currently been showing for over 15 years in that region. With over 24 seasons produced in total, Hell’s Kitchen could well feature more episodes than any other television cooking show.

Another of Gordon Ramsay’s smash hit television cooking shows first premiered in 2004 in the United Kingdom, before quickly making its way over to the United States. Each episode sees Ramsay visit a failing restaurant, offering his advice on why the establishment is failing to make a profit, and helping the proprietors by refreshing the décor, updating their menu, and making whatever other changes he sees fit.

Some of the most popular episodes have seen Ramsay return to restaurants that followed his advice carefully and managed to turn around their fortunes dramatically as a result. The episode “Amy’s Baking Company” is the most popular of all time, and I suggest everyone gives it a watch to find out why!

This competitive cooking show has been popular with audiences all around the world since first originating in the UK in 1990. Such is its appeal, MasterChef Australia is the most watched television series of all time in that country, beating out all other genres including drama and reality TV. That’s impressive!

It seems wherever popular cooking shows are found, Gordon Ramsay isn’t lurking far away. This time he is joined by a variety of other celebrity chefs in the primar UK and US editions, with locally popular alternatives filling the positions in the international versions. Over 40 international versions have been shown at some point in history, with over 20 of those still on air today.