In addition to releasing Delta, Pramuk has collaborated with Spitfire Audio to develop Siren Songs, a free plug-in for their LABS series made using playable samples from Fountain, which will work across DAWs in multiple formats.

The album artwork for Delta was created by Donna Huanca. Read about her cover for Fountain in our 50 Best Album Covers of 2020 feature. 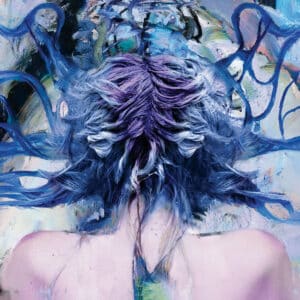