Album Review: Tones and I, ‘Welcome to the Madhouse’ 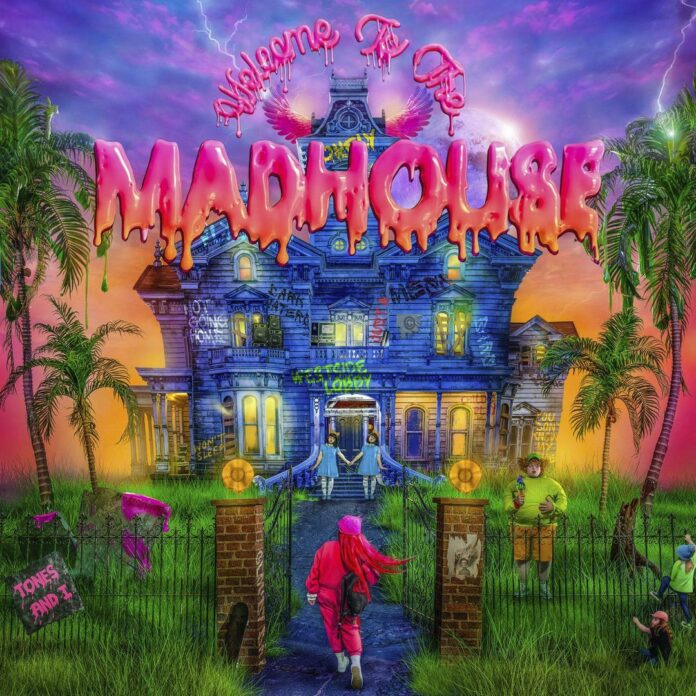 Of all the recent all-consuming single chart sensations, none defy belief as much as Tones and I’s ‘Dance Monkey’: a plodding and grating hit that came from Australia seemingly out of nowhere, a track filled with some of the most insufferable vocal tics and inanely catchy production this side of Crazy Frog. After dropping in 2019, it’s now one of the biggest musical commercial successes of all time, including Tones and I – real name Toni Watson – becoming the first female artist to reach over 2 billion streams on Spotify.

A funny thing happens when you top the charts in over 30 countries: you get a large amount of leeway to make whatever you want next. So it is with Welcome to the Madhouse, Tones and I’s much-anticipated, long-delayed debut album, a record that, though it fails in terms of execution, is at least fiercely independent. Most of it was written by Watson and self-produced by her, the artist relenting on hiring a backing squad of production talent when she likely could have secured the services of any of the mainstream’s big hitters. Perhaps she should have: Watson’s production is so crudely awful that there must have been some oversight, most noticeably on the wannabe party track ‘Won’t Sleep’, the ghastly tropical touch of ‘Westside Lobby’, and the gloopy experimental electronica of ‘Child’s Play’.

The title track and album cover go hand-in-hand, hinting at a self-reverential quirkiness. “I’m kooky, I’m different, welcome to my crazy world,” Watson seems to be saying invitingly. The vocals, though. While there is ever reason to be in favour of vocal integrity and innovation in pop music, to save us from the unceasing blandness of crooning and cooing interchangeable dullards, Tones and I presents a problem: it’s so whining that it becomes unlistenable at certain points; she often sounds like a particularly theatrical am-dram member. Her vocal chops are incessant and rarely come off seamlessly. It essentially sounds like Watson is trying too hard to sound distinctive.

The lyrics far outweigh the production in terms of quality, although not by much. ‘Fly Away’ and ‘Cloudy Day’ are predictably radio-friendly, faux-inspirational pieces for mainstream play, the latter featuring a cloyingly sincere chorus (“Look up into the sky/ Find the sun on a cloudy day”). Such a sentiment is too vague, and it’s when Watson is unafraid to be pointedly personal that leads to the album’s best track. “My song went number one in over thirty fucking countries and I’m sorry if that offends you,” she scolds in ‘Westside Lobby’, an ode to her whirlwind career path that has drawn sexist detractors from the gutter; listening to the song, you don’t begrudge her the surprising success (intriguingly, Watson also tones down her idiosyncratic vocal delivery the most on this track, speaking the lyrics as if deadpan to the camera).

Watson is famously private, so much so that her real age isn’t even on Wikipedia. It’s to be admired, certainly, but Welcome to the Madhouse was perhaps the opportunity to let her fans inside her world a little more: instead of bringing them into a haunted house of distorted mirrors, a little more realism might have been worthwhile. Though a meagre piano ballad, ‘Lonely’ offers a meaningful exploration of the mental health struggles Watson has experienced since becoming a star; ‘Fall Apart’ and ‘Just A Mess’ are the only other significant moments where she strips the chaotic funhouse atmosphere back. Not that it matters: the album went to number one in the Australian album charts anyway. There’s no stopping the Tones and I behemoth.

Album Review: Tones and I, 'Welcome to the Madhouse'Of all the recent all-consuming single chart sensations, none defy belief as much as Tones and I’s ‘Dance Monkey’: a plodding and grating hit that came from Australia seemingly out of nowhere, a track filled with some of the most insufferable vocal tics and...