Brooklyn quartet Namesake have announced a new album called Redeeming Features, which arrives October 15 via Get Better Records. The follow-up to 2015’s Rituals is led by the opening track ‘I’m Sick’, which is out today alongside an accompanying music video. Check it out below and scroll down for the LP’s cover art and tracklist.

“For me, dealing with a lot of panic attacks, a panic disorder, and agoraphobia, it’s almost the sensation of going into the album with a racing heart,” frontman Patrick Phillips explained in a press release. “The last lyrics in that song were written a week before I started therapy. The confusion I was dealing with this album is just so present. It’s interesting to listen back to and there’s some radical honesty happening. And that’s what the whole album is about…”

He continued: “There’s just something beautiful about attacking really heavy lyrical matter, but at the same time, you can tap your foot along to it. You’re able to acknowledge things about yourself and to be truthful. But you have to tell your story with a smirk, because we all have our own stuff to go through. It can’t be too self-serious! You definitely have to be truthful with yourself.” 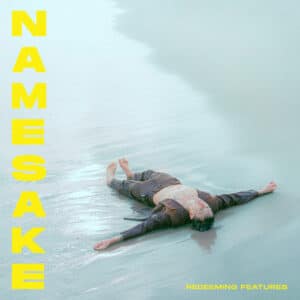