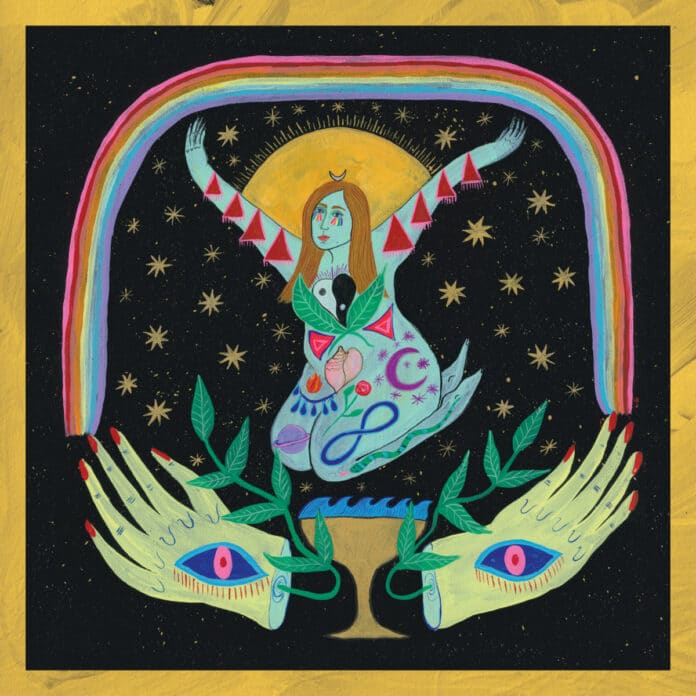 As jazz continues its recent renaissance in the UK, Yellow, Emma-Jean Thackray’s debut album, is a force of energy that will push her right to the movement’s forefront. Originally from Yorkshire, hardly a hotbed for the genre, the London-based multi-instrumentalist and bandleader appealingly wishes to make jazz more approachable to the casual listener, and she mostly achieves this aim here.

Unity, unsurprisingly, is the main theme on Yellow: unity between the general public and jazz, unity between bandleader and bandmates, unity between everyone during these turbulent times. It’s a winning message that comes off as sincere and never sanctimonious. Even when it dips into trippy territory – the album is also meant to simulate a life-changing psychedelic experience – it never indulges too much in pretentious posturing.

And for those not inclined to mind-altering drugs, there’s plenty of power and spirituality emanating from these songs to overcome one anyway. There are dizzying left turns throughout, Thackray eager to overwhelm the senses and never let the listener settle into comfortability. So, for instance, the ominous and slightly cultish ‘May There Be Peace’ – sounding awfully like a cut from an A24 horror film – is upended immediately by the swarming instrumentation of ‘Sun’, which zips forward at a gleeful pace.

Thackray underpins the layered jazz with both solo and group singing, providing a nestling emotional hook. “To listen is to know and to know is to love,” she states as her thesis statement in the opening track ‘Mercury’, urging us to pull closer in search of connection. When the band chants together, their messages are simple but meaningful, whether celebrating the sun in the joyful ‘Sun’ (“The sun it grows us… The sun is life”) or discussing humanity’s similarities in the earnest and life-affirming ‘Our People’ (“We are all our people… We are one and the same”). Thackray’s vocals dominate on their own in the personal and intimate ‘Spectre’, her voice calm and composed, confident and assured.

It’s clear that Thackray is a student of the entirety of music, not just jazz. The sprawling instrumentation on ‘Green Funk’ and ‘Third Eye’ are indebted to funk; crossovers between jazz and hip-hop, such as Kendrick Lamar’s To Pimp a Butterfly, appear to be an influence on the atmosphere in ‘Golden Green’; the swirling trumpet sounds in ‘About That’ might be pure late-night jazz, but there’s also spiritual jazz, psychedelic, and dancefloor music flourishes elsewhere. Composed yet chaotic, cosmic yet human, Yellow stands as a profound work of passion, both for music and other forces.

Album Review: Emma-Jean Thackray, 'Yellow'As jazz continues its recent renaissance in the UK, Yellow, Emma-Jean Thackray’s debut album, is a force of energy that will push her right to the movement’s forefront. Originally from Yorkshire, hardly a hotbed for the genre, the London-based multi-instrumentalist and bandleader appealingly wishes...