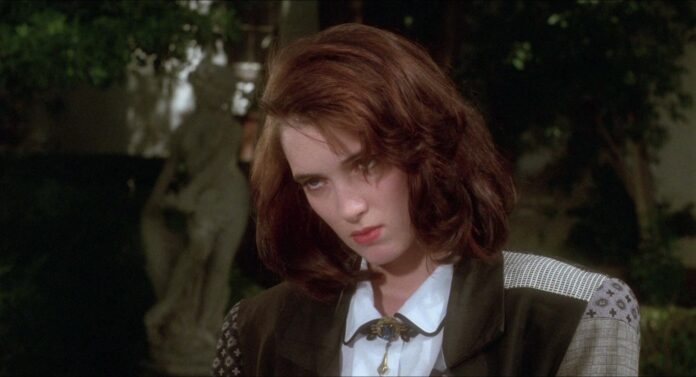 Michael Lehmann’s 1988 dark comedy Heathers is a brutal inspection of the way teens are treated by adults and society at large. Veronica Sawyer (Winona Ryder) finds herself part of the school’s most popular clique, which is lead by three Heathers: Heather McNamara (Lisanne Falk), Heather Chandler (Kim Walker), and Heather Duke (Shannen Doherty). However, Veronica doesn’t actually like her friends. When she offhandedly suggests to her boyfriend Jason “J.D.” (Christian Slater) that they kill Heather Chandler and make it look like a suicide, he takes her joke a little too seriously.

The film handles a lot of dark material with a compelling blend of levity and seriousness, which encourages viewers to think about high school clique culture, the way adults and teens perceive each other, and why so many teens are driven to suicide.

Sharp and witty, the clever script provides characters with many opportunities to offer their two cents on what it means to be an American teenager. The dialogue in Heathers is rich with dark humor, sarcasm, and social commentary.