The Boo Radleys have announced their first new album in 24 years, and their first without lead songwriter and guitarist Martin Carr. Keep On With Falling arrives March 11, 2022, via the band’s own label, Boostr. The now three-piece returned earlier this year with the single  ‘A Full Syringe and Memories of You’, which will be included on the album alongside the new track ‘I’ve Had Enough I’m Out’. Listen to it below and scroll down for the LP’s cover art and tracklist.

“‘I’ve Had Enough, I’m Out’ is a statement on the disavowal of religion, using Catholicism as it’s exemplar,” singer and guitarist Simon “Sice” Rowbottom said in a statement. “It is harmonious and melodic, as the Boo Radleys always are, and harks back to our deep, alternative ’80s influences.”

Keep On With Falling Cover Artwork: 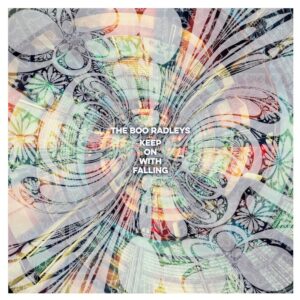 Keep On With Falling Tracklist: