Megafaun’s Phil Cook, who has collaborated with the likes of Bon Iver, Kanye West, Matthew E. White, Hiss Golden Messenger, and more, has announced a new album. All These Years, Cook’s first fully instrumental piano release, will be out November 19 via Psychic Hotline. The album was recorded on a century-old Steinway piano at NorthStar Church of the Arts in Durham, North Carolina by Cook’s cousin and collaborator Brian Joseph in the spring of 2021. Check out the new single ‘Queen of Branches’ below.

“I love the recording of ‘Queen Of Branches’,” Cook said in a press release. ” It epitomizes the ‘hymn-provisational’ style that weaves the entire session together. This is, above all, a document of sound and space.  The way the melody dances with the bird’s song. The almost-biblical snake that wove its way across the sanctuary floor as I played. The sun fractals kaleidoscoping through the stained glass on an April morning. All of it captured perfectly by my cousin and life-long friend, Brian Joseph. This is the most honest work of my career.”

All These Years Cover Artwork: 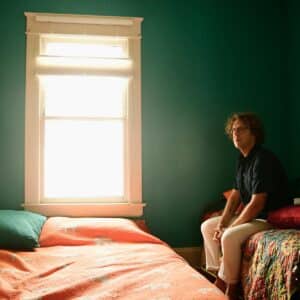