Vancouver indie rock band Peach Pit have announced their new album, From 2 to 3, which arrives on March 4 via RCA. They’ve also shared a video for the new single ‘Look Out’ to accompany the announcement. Check it out below, along with the album’s cover art and tracklist.

Produced by Robbie Lackritz, the LP “is a collection of songs that were written late at night, alone in a small apartment with a hushed voice so as not to wake anyone,” lead singer Neil Smith said in a statement, continuing: “We’re excited to be releasing one of our favorites from the record called ‘Look Out!’; it’s a nod to the apartments and neighborhoods where we wrote these songs, and to the corner store attendants that sold us junk on those late nights. The guys and I and our long-time collaborator Lester also went on a road trip this summer and filmed some videos that we really feel capture the spirit of the music perfectly’.”

From 2 to 3 will mark Peach Pit’s third studio album, following their 2017 debut Being So Normal and 2020’s You and Your Friends. 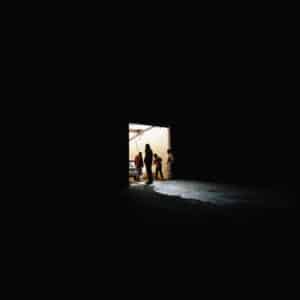