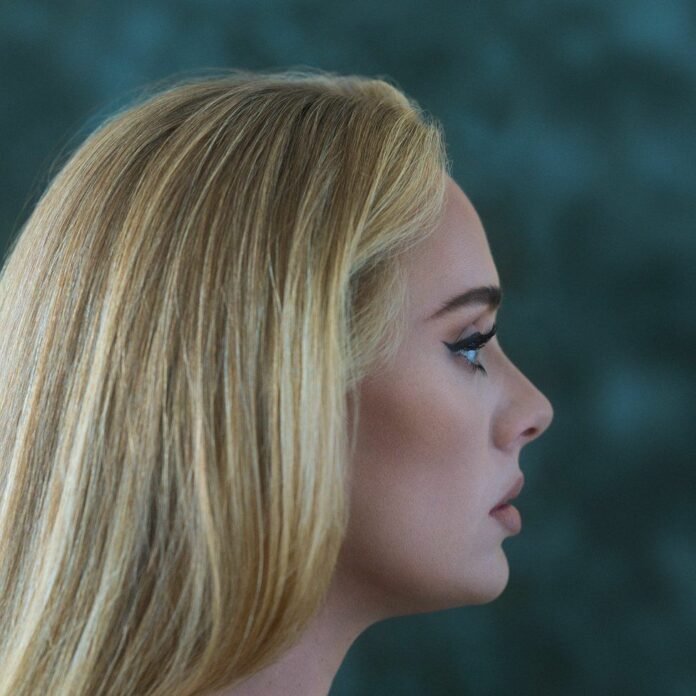 The first time Adele makes reference to a storm on her new album, 30, she’s not really in the thick of it. “I created this storm, it’s only fair I have to sit in its rain,” she sings on the deceptively upbeat ‘Cry Your Heart Out’, as if invoking not the sweepingly devastating effects of heartbreak – a whirlwind of emotions she’s captured time and time again in her music – but the foggy, difficult silence it leaves in its wake. She doesn’t set fire to it; she just sits there in the quiet, contemplating the lessons she’s learned. It’s in this introspective frame of mind that we find her on much of the record, one that allows her to move beyond the boundaries she had set herself on previous efforts despite grappling with similar themes. It’s an album about “divorce, babe,” as she put it on Instagram Live, but the story it tells is deeply personal in the way it pays attention to her journey of self-growth: “I hope I learn to get over myself,” she sings on ‘I Drink Wine’.

Coming from one of the most powerful and expressive vocalists of her generation, it might come as a surprise that some of the most resounding moments on 30 don’t actually feature Adele singing. Drawing inspiration from Tyler, the Creator and Skepta, the album’s first emotional peak arrives in ‘My Little Love’, an atmospheric R&B ballad that weaves itself around voice recordings of conversations between Adele and her son, Angelo. “Mummy’s been having a lot of big feelings recently,” she admits, then ends the song with a voice note about how truly lonely she feels. Adele’s songwriting has always traded in emotional vulnerability, but it’s the rawness that makes it feel uncomfortably, profoundly honest here, as if the conventional structures that used to shoulder the pain in the past are beginning to fail her. Another voice recording surfaces on ‘I Drink Wine’ – a more traditional ballad that originally ran for 15 minutes – which ends with her describing new memories created in the aftermath of separation as “just memories in a big storm.” When the final word cues the music to stop, it’s as shiver-inducing as her best vocal performances.

These, of course, are anything but absent from the album, and their force can mirror the depth and complexity of her emotional state in ways that the songwriting doesn’t always evoke with the same intensity. The way she glides in and out of her falsetto on ‘Easy on Me’ is by far the most enticing part of an otherwise generic piano ballad. Refreshingly, however, 30 finds the singer exploring new, often playfyl ways of harnessing the power of her voice, like the backround vocals that colour around songs like ‘I Drink Wine’ and ‘Cry Your Heart Out’. Even when she delivers what is perhaps intended as the record’s most empowering, show-stopping vocal turn on ‘Hold On’, it’s the choir of “Adele’s crazy friends” that make its universal premise feel grounded in reality.

The first time we hear Adele’s voice on 30, it is digitally transformed, swirling in a sea of wistful strings and glimmering synths before proclaiming, clear-eyed, “Alright then, I’m ready.” The opening ‘Strangers by Nature’, a collaboration with film composer Ludwig Göransson, is also indicative of the more patient, exploratory mood she traverses throughout much of the LP, a stark reflection of the loneliness she wrestles with and a reminder that the focus is really on herself. “Sometimes loneliness is the only rest we get,” she sings on ‘Hold On’, which affirms that real strength comes from letting “time be patient” and “pain be gracious.” The message might be vague and unconvincing on its surface, but Adele and her collaborators richly embody it by imbuing the songs – half of which clock in at over 5 minutes – with enough space to breathe and bend in different directions.

This near-literal approach – holding back as a means of holding on – works to punctuate the subtlety of Adele’s writing and delivery, but it doesn’t blend with some of the album’s more pop-oriented material. The middle stretch of the record leans into more contemporary sounds, with ‘Oh My God’ and ‘Can I Get It’ (produced by Max Martin and Shellback) offering little in the way of engagement. While it’s promising to hear the singer paying homage to the joys of a new relationship, the production is too sanitized and guarded to channel that kind of thrill, thwarting any attempt, however sincere, to hint at the brightness on the other side. A shorter track that manages to get around this is the Erroll Garner-sampling ‘All Night Parking’, a jazzy interlude whose feather-like touch makes for a smooth transition to the album’s final third. There, producer Inflo, best known for his work with the SAULT collective and Little Simz, suffuses three of its best songs with a tenderness that matches Adele’s mature perspective.

For all the restraint and nuance Adele showcases on this album, resting among those final tracks is a glimpse of the storm that has threatened to swallow her whole. It comes in the form of another piano ballad, ‘To Be Loved’, co-written with Tobias Jesso Jr, in which she envisions singing to her son in his 30s and catches herself in the eye of the storm: “I’ll stand still and let the storm pass by/ Keep my heart safe till the time feels right.” But the minimal arrangement is overpowered by a tempestuous vocal performance that vacillates between desperation and triumph, soaring to its biggest revelation: “To be loved and love at the highest count/ Means to lose all the things I can’t live without.” So her breakdown is an act of both remembrance and defiance: “Let it be known that I tried.” These things aren’t easy to hold, but in doing so with such a fervent display of passion and control, she embraces the possibility of letting go.

Album Review: Adele, '30'The first time Adele makes reference to a storm on her new album, 30, she’s not really in the thick of it. “I created this storm, it's only fair I have to sit in its rain,” she sings on the deceptively upbeat ‘Cry Your...