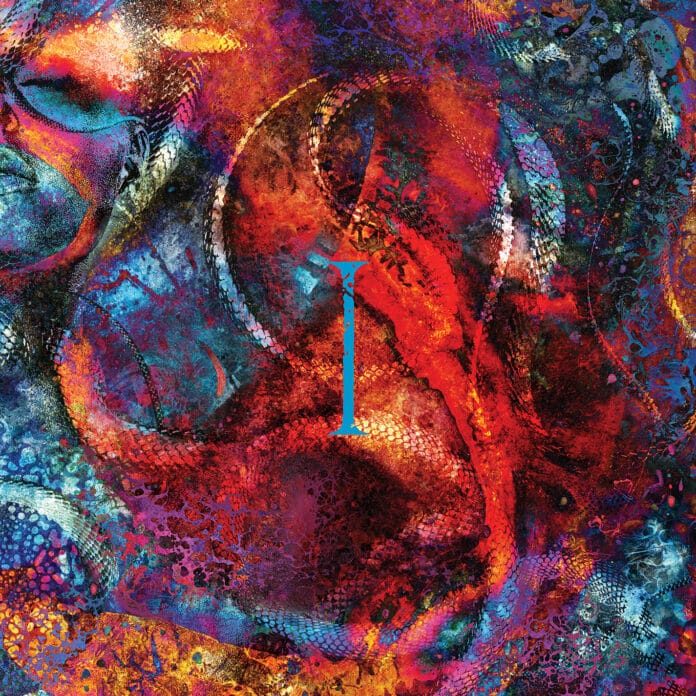 For fans who have witnessed the constant evolution Converge’s raging, tortured metalcore has undergone in the twenty years since their landmark album Jane Doe, the direction of their latest effort should come as no surprise. Arriving five years after the excellent The Dusk in Us, Bloodmoon: I finds the Salem, Massachusetts quartet embracing that album’s sludgier approach as well as the atmospheric darkness that has crept into most of their recent output. Largely thanks to the collaborative nature of the new record, which was created alongside Chelsea Wolfe, her musical partner Ben Chisholm, and Cave In frontman (and former Converge member) Stephen Brodsky, those qualities have finally come into clearer focus. For Wolfe, who has earned a reputation for infusing her gothic songwriting with noisy, punishing instrumentation before stripping things back down on her dreamy 2018 LP Birth of Violence, this crossover serves as an opportunity to explore her fascination with heavy sonics in a new and fruitful environment.

The premise of Bloodmoon: I would make entirely too much sense even if there was never a sign that these artists would one day team up, but the project has been a long time coming. Its roots date back to 2016, when Converge were joined by Wolfe, Chrisholm, and Brodsky at Tilburg’s Roadburn festival to perform songs from the band’s catalog as well as a cover of the Cure’s ‘Disintegration’. But it wasn’t until late 2019 that the group reconvened at guitarist Kurt Ballou’s God City Studios to start working on an album, which was completed remotely due to the pandemic. The first official single that accompanied its announcement, ‘Blood Moon’, encapsulates the unique thrill of hearing these musicians’ distinct voices combine to reach their full potential. In all its majestic, labyrinthine glory, the track delivers everything one might expect from this clash of forces while rejoicing in the intricate dynamics that naturally emerge from it – enough to keep it engaging throughout its 8-minute runtime.

When they work in this as their primary mode, the expanded lineup could be seen as simply another reason for Converge to lean into the slow-burning grandiosity they’ve sometimes favored in the past. But it is clear that the band has approached Bloodmoon: I with the mindset of giving ideas from all fronts equal weight, particularly when comparing it to their other collaborative endeavour, 2009’s Axe to Fall, which featured members of Cave In, Genghis Tron, and Neurosis. Wolfe, Chrisholm, and Brodsky are way more than guests on this project, but it still doesn’t sound like more than the sum of its parts. That’s not necessarily a bad thing: the variation in sound – and especially the influence of Brodsky’s melodic and anthemic songwriting – prevents the record from coming off as one long, exhausting mood experiment.

That it all manages to come together in a cohesive way can partly be attributed to Ballou’s production work, which remains impeccable and textured throughout even if it can’t do much to elevate the album’s weakest cuts; neither the frantic ‘Tongues Playing Dead’ nor the doom-folk of ‘Daimon’ rise above their basic foundations. But when they capture the magic that enthralled the audience that night in the spring of 2016, the results are unshakably hypnotic and captivating. ‘Coil’ – perhaps the only song on the album that carries real emotional heft – augments Wolfe’s entrancing melodies with a dense, muscular backbone, while a harrowing low end fuels the disquieting horror of follow-up ‘Flower Moon’.

It’s tempting to compare Bloodmoon: I to a collaborative effort that preceded it, that between sludge metal outift Thou and singer-songwriter Emma Ruth Rundle, not least because it also originated in that same Dutch festival. Doing so reveals both the album’s drawbacks and its strengths: On one hand, for all its invocations of the supernatural, there really is no mystique surrounding it, no moments of unexpected transcendence. On the other, it’s immaculately crafted, and – despite sprawling into double the runtime of Thou and Rundle’s May Our Chambers Be Full – never once loses its footing or sense of direction. “You cut me open, but I won’t let you find/ What’s under the surface, entombed in my mind,” Wolfe sings on the title song. Retaining that mysterious façade is clearly part of Bloodmoon: I’s appeal – but if its title is meant to tease out some kind of sequel, imbuing it with hints of what lurks underneath might lead to more of a revelation.

Album Review: Converge & Chelsea Wolfe, 'Bloodmoon: I'For fans who have witnessed the constant evolution Converge’s raging, tortured metalcore has undergone in the twenty years since their landmark album Jane Doe, the direction of their latest effort should come as no surprise. Arriving five years after the excellent The Dusk in...