Pocket Matrix: How Phones Are Altering Reality With The Help Of VR & AR 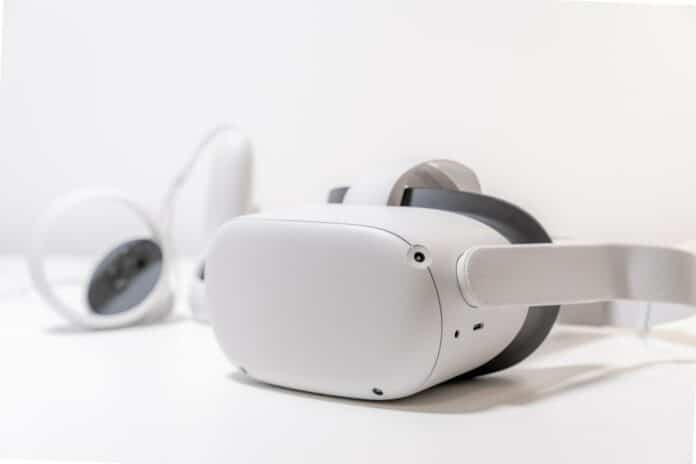 I’d like to see a demo where someone creates a hovering symbol outside a residence that’s only visible in augmented reality to someone holding the right private key.

This is how DAOs may manifest in the real world: glowing sigils for encrypted societies. https://t.co/tQfB1tCHya pic.twitter.com/gYRLkfgiFD

Since the 80s, virtual reality has been nothing more than a dream, with movies like Back To The Future and Tron simply speculating as to what could be. How would virtual reality come into our lives and how could it change our daily lives? While building blocks such as the Oculus Quest 2 and HTC Vive Pro 2 have promised to keep the virtual reality front evolving at a rapid pace, mobile phones have also been adding some pieces to the puzzle that is not only a virtual reality but also augmented reality, a technology that can alter our physical surroundings as opposed to making a whole new reality.

It’s hard to believe that something so small can have the processing power to change the reality around us, but the technology is there and finding new ways to change the game every day. This became huge when game developer Niantic created their AR version of the ever-popular Pokemon series. In this iteration, Pokemon can be caught in your surroundings. For example, if you’re walking in the park and happen upon a Pokemon in the game, a scenario is created in augmented reality using your phone’s camera and the view it is capturing of the park around you. The Pokemon is then placed into that augmented reality where you can then catch it.

Giovanni has returned with Shadow Lugia in his grasp! Complete the latest part of the Misunderstood Mischief Special Research to earn a Super Rocket Radar, and use it to save Shadow Lugia from Giovanni’s clutches! 😈🚀#TeamGORocket pic.twitter.com/wgroLGv4NP

It was a small step for the augmented reality field but garnered the attention of fans everywhere with Pokemon being one of the most popular gaming franchises out there. Take that same technology and place it on something like casino gaming to repackage the product entirely. A business like Playerz casino could use both augmented reality and virtual reality to breathe a completely different life into their games by making players feel like they’re really sitting down at a table playing against competitors all over the world. With the popularity of live dealer games, Playerz could take augmented reality to digitally place dealers in a living room, basement, or garage. This would essentially give fans of the online casino a portable blackjack or roulette table – dealer included!

If you want to play the slots instead, you can see the lights flashing all around you, you can hear the bells and chimes in a 360-degree cone around you with the help of Bluetooth headphones. The potential this technology has to enhance immersion is everything we’d hoped it could be in the ’80s and then some.

What is Terra Virtua Kolect?

Their NFT marketplace is aiming to reinvent digital collecting with VR/AR capabilities. pic.twitter.com/wE6riHe6gz

There are plenty of ways how AR and VR could change the world, but in the world of gaming, it has just as many possibilities. With VR, games like World of Warcraft, New World, and Final Fantasy XIV could have the player inhabiting their avatar’s body experiencing the world from a first-person perspective, up close and personal with everything that makes their game unique. Talking with friends could be face to face, casting spells could be a full-body movement and reloading a weapon could actually be reloading a weapon.

Facebook CEO Mark Zuckerberg seems to see the potential in the technologies as he’s investing in the Metaverse and says the platform could replace the internet as we know it. The Metaverse would have humans inhabiting avatars to essentially browse the web. That includes taking part in Skype meetings, watching movies and window shopping at your favourite online retailer.

As it stands now, the technology seems to be years or decades away from being able to deliver such monumental promises. For now, we’ll just have to settle for catching monsters in our bedrooms and sitting down at a virtual poker table.