Luke Steele, the Australian musician best known as half of the electro-pop duo Empire of the Sun, has announced his debut solo album. It’s called Listen to the Water, and it’s slated for release on May 13. Check out the new single ‘Common Man’, which comes with a video directed by Luke’s wife and Sleepy Jackson bandmate Jodi, below.

“I’m taking you on a journey to myself,” Steele said of his upcoming album in a press release. “This solo record was a chance for me to be naked, fearless and on my own. That was confronting.There was salvation and sadness, dreams and nightmares, heroes and villains. Strange changes, epiphanies, miracles and madness.”

Of the new single, he added: “Common Man is about the underdog. The working class, forever hustling but sometimes it gets too much. Finding a place of rest is unpredictable, it comes in waves. But the triumph is born from that struggle and you’ll see the glory within all the moments and tests.”

Listen to the Water Cover Artwork: 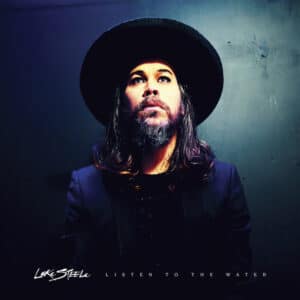