Bonnie Raitt has announced her first new album in six years. Just Like That…, the follow-up to 2016’s Dig in Deep, is slated for release on April 22 via Redwing. Today, Raitt has previewed the record with a new single called ‘Made Up Mind’, which you can check out below.

Raitt recorded her new album in Sausalito, California with her longtime band members, including bassist James “Hutch” Hutchinson, drummer Ricky Fataar, keyboardist and backing vocalist Glenn Patscha, and guitarist Kenny Greenberg. “On this record, I wanted to stretch,” Raitt said in a statement. “I always want to find songs that excite me, and what’s different this time is that I’ve tried some styles and topics I haven’t touched on before.” 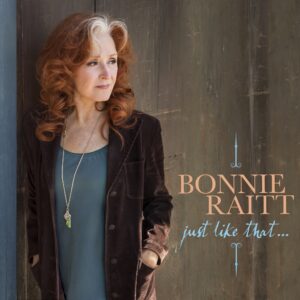