Pasadena-based artist Charlie Hickey has announced his debut album, Nervous at Night. It’s slated for release on May 20 via Phoebe Bridgers’ label Saddest Factory Records. Along with the news, Hickey has also shared a video for the album’s title track. Check it out and find the record’s cover artwork and tracklist below.

“‘Nervous At Night’ is one of the first songs that was written for this album,” Hickey explains. “It captures a lot of the anxiety and beauty that comes with growing up and having new feelings. It’s a song about being nervous for no particular reason, which is a running theme on this album, and also one that I think a lot of people, particularly of my generation, can relate to.” 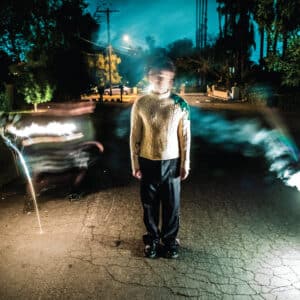 * with MUNA
^ with Gabe Goodman
# with Ryann