Black Pumas co-founder Adrian Quesada has announced a new solo album titled Boleros Psicodélicos. The record – out June 3 via ATO – is led by the single ‘Mentiras con Cariño’, which features iLe. Check out a video for it below.

Boleros Psicodélicos serves as a celebration of the golden era of balada music in Latin America throughout the late 1960s and early 1970s. “I always wanted to pay tribute to that sound that I was already hearing in my head without realizing that people had already done it,” Quesada said in a statement. “Balada changed the face of Latin music forever. If something like that happened today, it would be normal because everyone’s connected on Instagram. Think how powerful this sound had to be for everyone to be connected through the songs. As someone who grew up speaking two languages and living on both sides of the border, I love how much music can transcend barriers and boundaries. It really is a universal language, especially back then.”

Commenting on the collaboration, iLe said in a statement: “Making ‘Mentiras con Cariño’ with Adrian was very fun since we share a similar appreciation for old school boleros. We both love the style of musical arrangements and textures that became a classic signature sound in those times where imperfections made everything feel just right. I wrote this song thinking about feeling sufficient with yourself on your own, even though love didn’t turn out to be the way you wanted.” 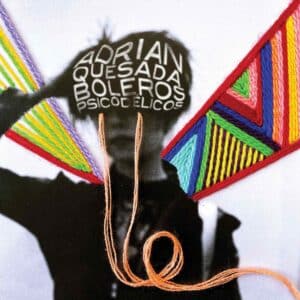