Joan Shelley has announced her first album in three years. The follow-up to 2019’s Like the River Loves the Sea is called The Spur, and it’s due out June 24 via No Quarter Records. Today, Shelley is previewing the record with its lead single and title track. Check it out and find the album’s cover art (by Rob Carmichael and Amber Estes Thieneman) and tracklist below.

The 12-track LP was recorded in the spring of 2021 at Earthwave Farm in the Kentucky countryside. James Elkington produced the album, which includes collaborations with Bill Callahan, Meg Baird, and the British novelist Max Porter, as well as Nathan Salsburg, whom Shelley married in June of 2021. The songs on the record were written between the fall of 2019 and the fall of 2020. At the time of recording, Shelley was seven months pregnant with her first child.

“The Spur is the result of a period of opposite extremes: of intellectual hyper-connection and physical isolation,” Shelley explained in a press release. “This album will forever be fused with the memory of our marriage, the birth of our child, and the intense joy despite the darkness.” 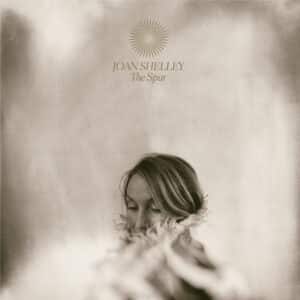