TRAAMS have announced their new album, Personal Best, which is set for release on July 22 via Fat Cat Records. Today’s announcement comes with the release of the new single ‘The Light At Night’, which features Protomartyr’s Joe Casey comes with a video co-directed by Charlotte Gosch and Lee Kiernan of IDLES. Check it out and find the album’s cover art and tracklist below.

“’On The Light At Night’, we were very lucky to get to work with Joe Casey of Protomartyr,” frontman Stuart Hopkins said in a statement. “It goes without saying that we’re all massive fans of his band, we were lucky enough to tour together a few years ago and became friends. After trying and failing to lay down a verse I was happy with I tried my luck and messaged Joe. Like a true pro he had the takes recorded and back to us in a flash, he loves a deadline apparently.”

Casey commented: “Last year, like many people, I was doing absolutely nothing and desperately wanted to do anything. Luckily for me, that anything arrived in the form of a TRAAMS tune. Asking Stu for a little guidance after an initial “do whatever you want” he explicated on the songs origins and suggested I “rant like a televangelist”. Stu must be a keen student of my output. Anyway, I trundled out to Ypsilanti to Derek Stanton’s new home studio and dutifully laid down some primo ranting and yawps. What am I going on about on this one? Beats me. And I wrote it! I’m just happy to be using my (shockingly adenoidal) voice again after such a long hiatus and being a small part of whatever TRAAMS have cooking up.”

Personal Best marks TRAAMS’ third LP and their first in seven years, following 2015’s Modern Dancing. “A lot of this album is about recognising yourself,” Stu explained. “This record is about the little changes we make, and the milestones we achieve in that process. It’s not about big declarations of love or huge outpourings of grief,” he says. “It’s about the little personal realisations and victories that people have throughout their lives. Some of them are massive, some of them can be hard, and some are small and beautiful, but they all matter.” 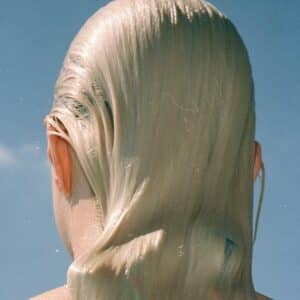