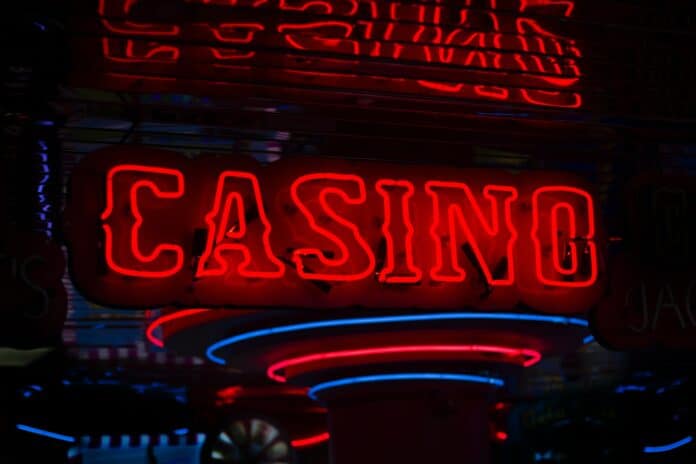 Since the turn of the century, slots have served as the heart of the online casino community, a community that has been growing by leaps and bounds for over 22 years now. It’s noteworthy that online casinos have been experiencing double-digit percentage growth (year-over-year) for over a decade now.

The History of Online Casino Slots

For about the first 10 years, slot software developers were restricted by the tools of the trade. The best they could hope for was to develop some very basic “fruit machine games” that would keep online casino players entertained.

The Birth of Branded Slots

As software developers began testing the limits of HTML5 technology, it opened their minds to all kinds of interesting possibilities. One of those possibilities was the creation of “branded” video slots that targeted very popular movies and TV shows.

It didn’t take long for the idea of branded slots to become a reality. Developers created slots like The Dark Knight Rises, Psycho, Basic Instinct, Ace Ventura, Bridesmaids, Back to the Future, and a host of superhero-branded games from Microgaming and Playtech.

Today, the list of film and video game themed slots continues to grow. They have been joined by a number of branded video games that have also been converted into video slots. Let’s take a look at some of the best branded online slots that are featured today on online casino sites throughout the UK.

Note: GamStopped UK Gamblers need not worry. There are plenty of non-GamStop online slots sites that are featuring branded slots from today and yesteryear. Many of these slots sites are not on GamStop listed on Non GamStop Odds.

The Jurassic Park slot was released in 2014 by Microgaming. The game is based on the 1993 blockbuster movie of the same title, which was directed by none other than the great Stephen Spielberg. The movie took place in an amusement park that went haywire when the resident dinosaurs took over the park.

The game features a game-play matrix of 5 reels, 3 rows, and 243 ways to win. The primary symbols include dinosaurs (Dilophosaurus, Brachiosaurus, Triceratops, Velociraptor, and Tyrannosaurus Rex) and movie characters Dr. Ian Malcolm, John Hammond, Dr. Ellie Sattler, and Dr. Alan Grant. It’s noteworthy that each of the dinosaur symbols serves as wild symbols tied to free spins bonuses. The scatter symbol is represented by an amber mosquito, which leads to 12 free spins.

The Lara Croft Tomb Raider Slot was released in 2004 by Microgaming. The game is modelled after the Tomb Raider franchise that features Angelin Jolie playing the great adventurer Lara Croft.

The game features a game-play matrix of 5 reels, 3 rows, and 15 ways to win. The low-paying standard symbols are represented by playing card numbers 10 thru Ace with the higher-paying standard symbols being represented by animals and artefacts from the movie. The primary wild symbol is the Tomb Raider logo, which subs for all symbols except the scatter symbol. Two-gunned Lara serves as the scatter, which leads to free spins. A stone idol serves as a bonus symbol, which leads to the interactive tomb bonus feature.

Street Fighter was originally a very popular video game (1991) that was eventually turned into a feature film. Netent introduced this amazing video slot in 2020. As you might imagine, Street Fighter II features an array of characters who need to fight their way through different aspects of the game.

The game features a game-play matrix of 5 reels, 5 rows, and 7,142 ways to win. The low-paying standard symbols are represented by playing car numbers J thru A while one of eight Street Fighter characters and their opponents serve as the higher-paying standard symbols with various bonuses tied to each one. Additional bonus features include the Avalanche feature, the Car Smash Bonus Game, and the Beat the Boss Free Spins.

The Hitman Slot was introduced by Microgaming in 2016. The game is modelled after a video game with the same name. The premise of the game involves picking weapons, which a hired assassin will use to create bonuses and large payouts.

The game features a game-play matrix of 5 reels, 3 rows, and 25 different ways for players to win. The standard symbols are all represented by weapons that kill. The bonus symbols include the “18” symbol (18 free spins with a 2x multiplier) and Assassin Agent 47, which functions as an expanding wild. There is also a “Hitman Contract” bonus game.

Call to Duty is one of the most popular “shooter” video games of all time. The Call to Duty Slot was created in the studios of Cryptologic. As a shooter game, players get the chance to shoot their way to big bonuses.

The game features a game-play matrix of 5 reels, 3 rows, and 15 different ways players can win. The standard game symbols are represented by an array of circular colored symbols. The Soldier symbol serves as the wild symbol, which subs for everything but the scatter symbol to create more winning combinations with a 2x multiplier. The Call to Duty Logo serves as the scatter symbol, which leads to free spin on a combat field where players shoot for bonuses.