Philadelphia band Knifeplay have announced their sophomore album, Animal Drowning. The follow-up to 2019’s Pearlty was produced by Jeff Zeigler, who is known for his work with Kurt Vile, Nothing, and The War on Drugs. It’s out October 19 via Topshelf Records, and lead single ‘Promise’ is out today, alongside a video directed by Ben Turok. Check it out and find the album cover and tracklist below.

“We are all born to be free people and artists, meant to go after self-actualization,” songwriter Tj Strohmer said in a statement. “But we are spit out, scared and confused, into the spiritually emaciated modern world. Most people either follow what they’re taught is “practical” or just wither in that fear and confusion.”

Turok commented on the video: “My goal is always to visually represent the worldview of the song. It helps that ‘Promise’ is lyrically kind of straightforward. I wanted to shoot documentary style because I felt like it captured most accurately the often beautiful, sometimes bleak, always chaotic tone of our lives. The images that immediately came to my head were ones of couples because to me romantic relationships always lead to some unavoidable reality, eventually our relationships tell us something we may not want to acknowledge about who we really are.” 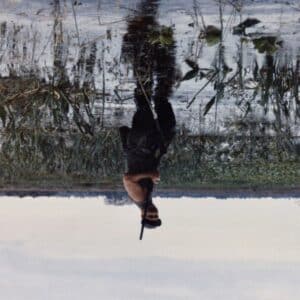