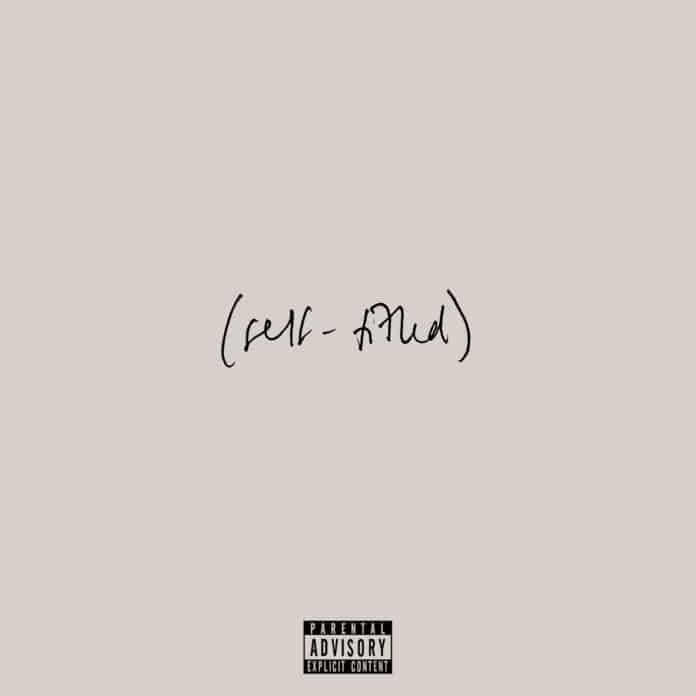 “I hadn’t told anyone about it for 30 years,” confesses Marcus Mumford about the gut-wrenching source of inspiration behind his solo album – the sexual abuse he experienced as a child. The earnest 10-track debut project follows the journey of Mumford and Son’s lead singer after his acknowledgment of trauma during therapy. (self-titled) is a poignant artistic outpour addressing the whirlwind of betrayal, agony, fury, and gradual acceptance that accompanies confronting the darkest parts of your past.

Listening to the tender, even fragile murmur of ‘Cannibal’, the sudden heaviness of the lyrics might come as a surprise; there is no beating around the bush in (self-titled). An unmistakable anger permeates the opener, with the abuser addressed directly: “You took the first slice of me and you ate it raw/ Ripped it in with your teeth and your lips like a cannibal.” Confrontational and fearless, the track also sees the singer at his most vulnerable, contemplating the overwhelming wave of pain that devours you after the initial verbalisation of an unspeakable experience. “But when I began to tell/ It became thе hardest thing/ I ever said out loud,” chants Mumford. It’s the first of many lyrics illustrating how working through trauma doesn’t only spark suffering – it allows for the healing process to finally start. “Is this where we begin again?” Mumford asks on the slow-paced ‘Better Angels’ right before the cacophonous post-chorus kicks in, hinting at the possibility of a fresh chapter. ‘How’ even sees the singer explore his relationship with forgiveness amidst subdued strums and Brandi Carlile’s charming harmonies. “And I have reckoned with what you’ve taken from me/ And I killed that liar in my head,” Mumford belts in the pre-chorus, before expressing, in a way at once effortless and arresting, “But I forgive you now.”

The urgency of ‘Grace’, along with the song’s musical experimentation, renders it one of the highlights of the project. With the avalanche of guitars and the powerful beat of drums, at first the song seems to play with the theme of grace in a distinctly different manner to the Mumford and Sons hit ‘After the Storm’. The track, inspired by Mumford’s conversation with his mum, who only learned about his story through her first listen of ‘Cannibal’, is infused with a comforting folk-rock vibrancy, offering a glimpse of positivity without ignoring the complexities of coping with trauma. Mumford opens his heart to the prospect of eventual recovery: “There will come a time/ When it won’t feel just like living it over and over […] I hear there’s healing just around this corner”. Echoing the ‘After the Storm’ lyric “There will come a time/ You’ll see, with no more tears,” the two tracks, written more than a decade apart, reveal themselves to be wonderfully intertwined, and both stand testament to Mumford’s graceful frame of mind – even in moments where it would be the last thing expected of him.

At times, the album feels underwhelming in its repetitiveness (the refrain of the otherwise compelling ‘Prior Warning’, for instance, or the final section of haunting Clairo-collaboration ‘Dangerous Game’) and certain vague, forgettable choruses (‘Better Angels’, ‘Go in Light’). It’s a shame, given the precision and poetic talent that shines through in Mumford’s verses, revealing itself in ‘Prior Warning’ in a neatly incorporated reference to John 8:6: “You knew I couldn’t answer plainly/ Then you knеlt down on the ground like you were drawing in the sand/ And I surrender, I surrender now.” ‘Only Child’, the most stripped-back song of the project with only gentle guitar and piano providing background to the vocals, tastefully explores metaphorical lyricism, embedding delicate introspective and confessional moments: “I have nothing to show for the medals I’ve earned/ And maybе I mind”.

Marcus Mumford’s (self-titled) accomplishes much in relatively few tracks; the album is at once grounded in and helps make sense of the many faces of trauma. It takes the listener on a journey of an unfinished but promising search for peace, all the while skillfully drawing from folk, rock, and electronic pools of music with magnetic performances. Confirming what we already knew about Mumford’s creativity and storytelling abilities, the record also invites us to view the artist in a new, refreshingly unfiltered light. Perhaps most importantly, though, it demonstrates that it is never too late to start navigating and letting go of seemingly impossible burdens. Despite being the subject matter of so many tracks, the abuser is so small by the end of the album – and Mumford’s courage is monumental.

Album Review: Marcus Mumford, ‘(self-titled)’“I hadn’t told anyone about it for 30 years,” confesses Marcus Mumford about the gut-wrenching source of inspiration behind his solo album – the sexual abuse he experienced as a child. The earnest 10-track debut project follows the journey of Mumford and Son’s lead...