Samia has announced her second album, Honey. The follow-up to 2020’s The Baby will arrive on January 27 via Grand Jury. Today’s announcement comes with the release of the lead single ‘Kill Her Freak Out’, alongside a video starring Lucas Hedges (Manchester by the Sea, Boy Erased). Check out the video, co-directed by Samia and Muriel Margaret, and find the album cover and tracklist below.

“I wrote ‘Kill Her Freak Out’ at my loneliest and most delusional,” Samia explained in a statement. “I’d been quieting my true feelings for fear that someone would leave. The chorus is a reaction to constantly downplaying the emotions that felt wrong; it was cathartic to say the opposite of what I’d been saying for so long to this person I was trying to impress. I didn’t want to kill anyone, obviously, I just wanted to yell. It sort of marks the end of The Baby’s story.”

Honey was produced by Caleb Wright and recorded at Sylvan Esso’s recording studio Betty’s in North Carolina. The album features contributions from Christian Lee Hutson, Briston Maroney, Jake Luppen, Raffaella, and more. “This record is about learning to see the love around you,” Samia said. “Sometimes the only thing I can be certain of is the way it feels. Even when I zoom all the way out, the little things matter the most. I was trying to imagine looking back at the end of life and what I’d have to say about it right now. This is a little bit of it. Telling stories, making amends, trying to show people I love them. It’s a community record – I made it with Caleb Wright and our friends in the woods in North Carolina.”

Last year, Samia released her Scout EP, which landed on our best EPs of 2021 list. More recently, she formed the group Peach Fuzz with Raffaella, Sara L’Abriola, and Victoria Zaro (Ryann), releasing the Can Mary Dood the Moon? EP in July. 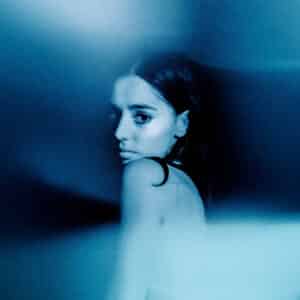